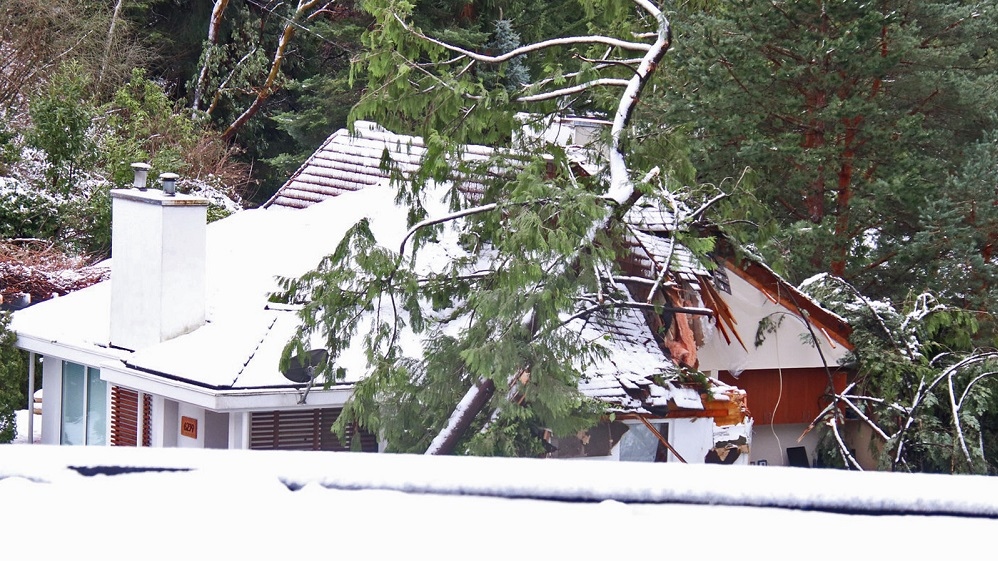 West Vancouver Police are calling the deaths of two people in the Horseshoe Bay neighborhood a “tragic accident” after a tree fell on a house overnight.

The incident occurred in the 6200 block of Wellington Avenue, according to a press release from the West Vancouver Police Department.

Police were called to the scene for a report of “a large tree falling on houses,” police said in a statement.

“While at the scene, officers noticed that Hydro wires had fallen and gas lines had ruptured which had been damaged from the uprooted tree,” police said.

Rescue workers quickly confirmed the deaths of two people – a man in his sixties and a woman in his fifties – inside the house.

“It appears to be a tragic accident,” said WVPD spokesperson Const. Kevin Goodmurphy, in the press release.

“We are supporting the British Columbia Coroners Service in their inquest into the circumstances surrounding the loss of life,” he added. “Our hearts go out to the family and friends of the deceased.”

Police said roads in the area remain closed to traffic and crews are working to remove the tree and debris.

This is a developing story and will be updated.

Coronavirus: What’s Happening in Canada and Around the World on Sunday

First homicide of 2022: a routine call leads to the discovery of the body inside a building