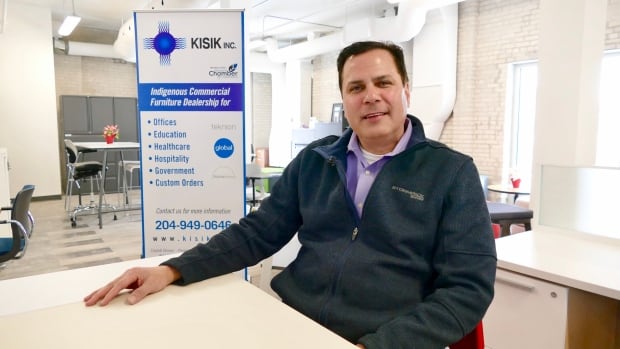 The resignations of Jamie Wilson and Darrell Brown are the latest chapter in the growing fallout from Pallister’s comments on Canadian history, which has drawn much criticism.

“As a former Treaty Commissioner for Manitoba and a member of the Cree Nation of Opaskwayak, I cannot support this government’s rewriting of Canadian history,” Wilson wrote in a text message Sunday.

“It was clear to me that I had to move away from any connection with this [Progressive Conservative] party, ”said Darrell Brown in an interview.

Until last week, Brown served on the government-appointed board of directors of the Rural Manitoba Economic Development Corporation, which provides support to businesses and communities in southern Manitoba.

Wilson was chairman of the board of directors of a similar organization in the North – the Community Economic Development Fund.

Wilson previously served as deputy minister in two departments under the Progressive Conservative government and served as Treaty Commissioner for Manitoba, heading a body set up by the federal government and the Assembly of Manitoba Chiefs.

A spokesperson for the prime minister’s office could not be reached immediately for comment on Sunday.

The resignations came about a week after Pallister criticized protesters for toppling statues of Queen Elizabeth and Queen Victoria on Legislative grounds. Pallister said the people who came to Canada, both before and after it became a country, did not come to destroy anything, but to build communities, churches and businesses.

His comments have been criticized by Indigenous leaders as downplaying the harmful effects of colonialism. Pallister defended his comments, saying he never mentioned colonialism and instead wanted to convey the idea that Indigenous and non-Indigenous peoples often worked together to build Canada.

Two days later, Indigenous and Northern Relations Minister Eileen Clarke stepped down from her ministerial post. She said many Manitobans were disappointed with their representatives and added that she and other cabinet ministers were not listened to.

Resignations come after a tumultuous week

Pallister appointed a replacement for Clarke last Thursday – Alan Lagimodiere, who created more controversy within an hour of being sworn in. Lagimodiere defended some of the intentions behind the residential schools and said they were originally aimed at teaching skills to Indigenous children.

He retracted his remarks later that day and, a day later, offered a full apology and asked for forgiveness.

Lagimodière’s initial remarks were the “final straw,” said Brown, who calls for change at the top of the Progressive Conservatives.

“They need new leadership and a better understanding of… Aboriginal issues,” Brown said.

Pallister’s caucus members haven’t criticized him, but there have been signs some are now poised to break with the government’s normally centralized communications strategy.

“I will never support words that add harm to traumatized people,” Conservation and Climate Minister Sarah Guillemard said on Twitter.

“Residential schools were designed to erase a culture.”

Family Minister Rochelle Squires said she was troubled by “recent events and comments,” although she declined to give details.

Tory backbench Shannon Martin has said he wants to clear up any “confusion” by saying residential schools were designed to erase Indigenous cultures and, in too many cases, lives.

The next Manitoba election is slated for October 2023, although Pallister has hinted he could leave well before that date.

He was repeatedly asked in a year-end interview with The Canadian Press last December if he was determined to serve his full term. He responded each time by saying he would stay to watch the COVID-19 pandemic pass.

Dr. Patricia Daly: Decriminalization in Vancouver: a step in the right direction