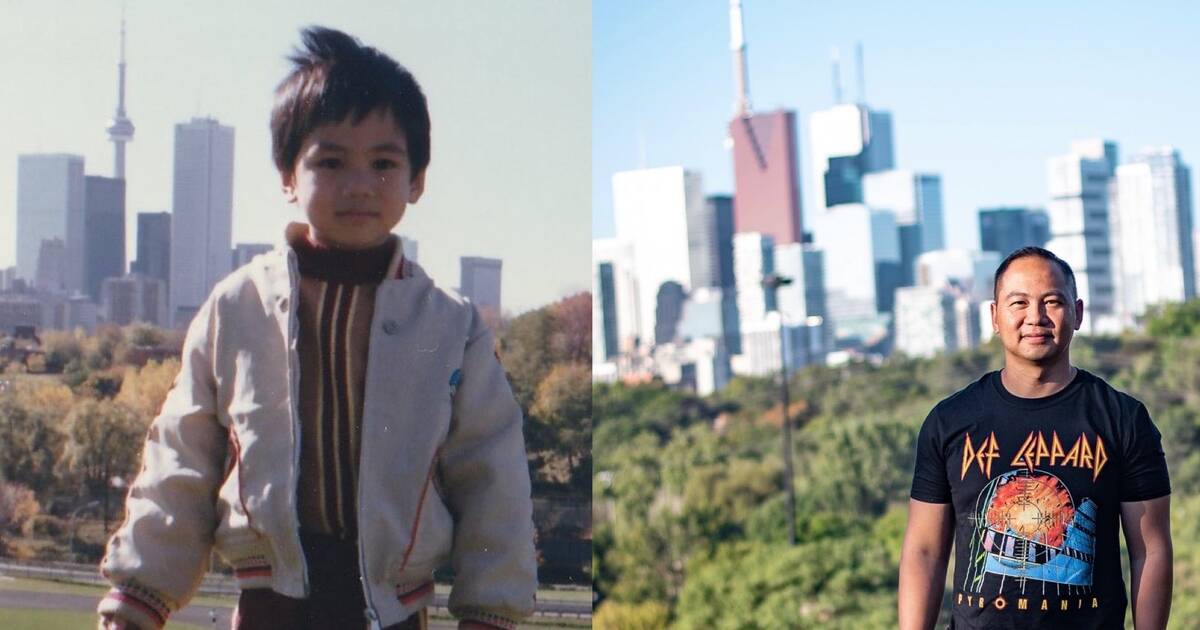 If you could travel back in time and see what a specific place in Toronto would look like in 40 years, which place would you choose? And what would have changed in your opinion?

One man was, somehow, able to do just that by returning to a Toronto park 40 years later and recreating a photo taken of him in the late 1980s.

The photos were taken of the man in Riverdale Park, first in 1987 and then in August 2021. More than how the person in the photo has aged, it’s something to see the line’s transformation Toronto skyline in the background.

Most notable is how the CN Tower is now almost completely blocked from view from this position in the park, whereas before it was clearly visible without the Scotia Plaza skyscraper towering above it.

The man notes in the photo caption that he attended Sprucecourt Public School from 1985 until late 1989 and lived in a ‘terrible’ high-rise on Oak Street which he says , took advantage of its new Canadian tenants.

It also shares more positive memories of the park with other nearby locations like East Chinatown and Gerrard Square, which have also changed significantly.

“I decided to do this comparison photo because this year, February 2022, marked the 40th anniversary of my family’s immigration to Canada. I was only nine months old when we arrived, and I was nostalgic last summer and I was shaking my head at how fast time flies,” William Ha, the subject of the photos, tells blogTO.

“Life has had its ups and downs growing up with immigrant parents and in my adult life, and even though our country has had a lot of problems recently, I am still incredibly grateful that Canada accepted our family.”

His family used to go to the park often when he was a kid, so Ha thought it would be the perfect place to go back to celebrate this milestone.

“The park holds a special place in my heart, and comparing the photos represents the change and passage of time for me and for our great city,” Ha said.

“Our city also welcomes many immigrants, and one of the many things that make Toronto great is the diversity of its people.”

Ha now lives in Milton, but was able to reconnect with people in Toronto through photo comparison, and lots of people commented on her on Facebook. The photo has been viewed by around 7,000 people, received nearly 400 comments and has been shared nearly 100 times.

“My heart felt full reading all the responses from other people sharing their memories of the area and receiving kind messages from them, which made me feel even more nostalgic,” Ha said.