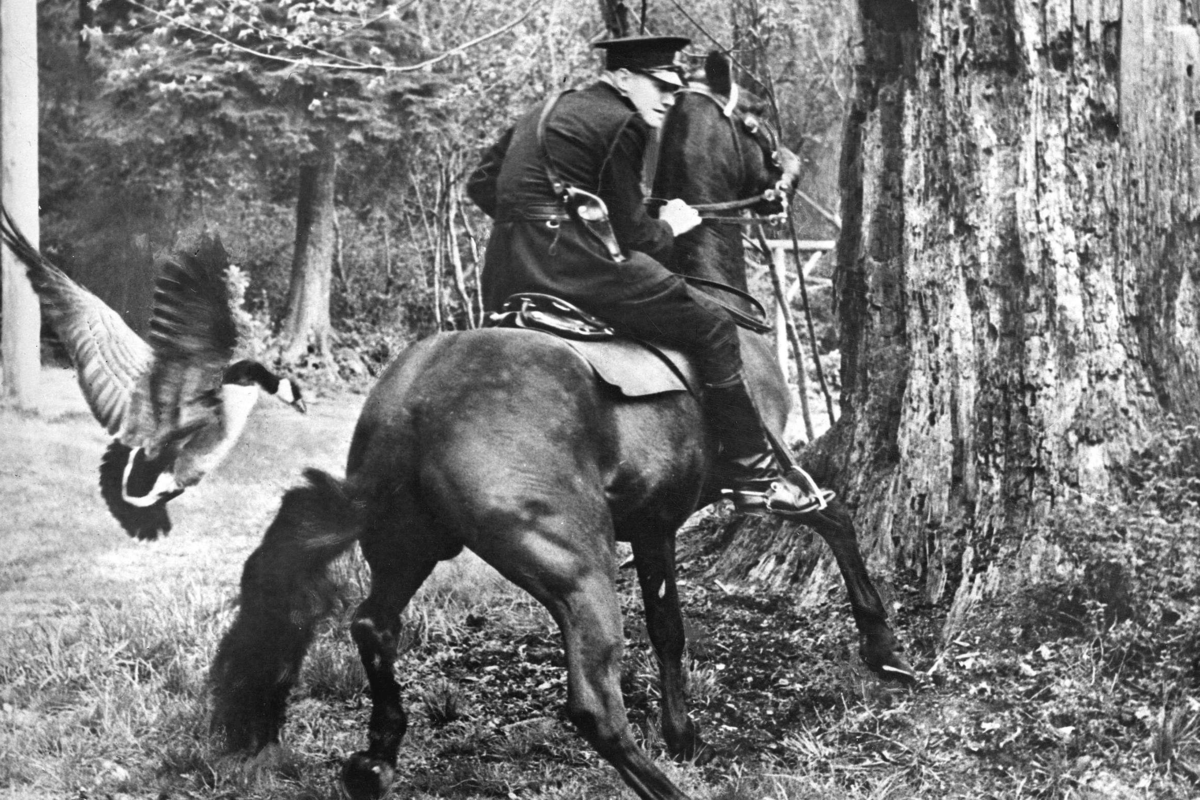 The temperament of the Canada goose is almost as famous as the bird itself, and a historic photo from Vancouver from the mid-1950s proves that it has been that way for quite some time.

Found in the City of Vancouver Archives, the photo depicts a terrified horse aptly named Trooper turning its tail towards a fierce-looking Canada goose in full attack. Riding Trooper is Vancouver Police Officer Cliff Cooper as described in the photo. The photo was taken in Stanley Park in 1954.

When you type into Google, “why are Canada geese…” the third autocomplete suggestion is “so mean?” Obviously, this question has been pondered time and time again by Canadians and the world at large, and for good reason.

While most goose attacks on humans result in minor injuries or no injuries, serious injuries can occur. Goose attacks have resulted in broken bones, head trauma and emotional distress. However, many of these injuries occur when the person tries to avoid an attacking goose and trips and falls.

The reason for their aggression may be somewhat relatable, as birds often become aggressive if they believe their eggs or goslings are under threat. Even if you don’t see a nest, there might be one nearby and if you get too close, a goose might attack to defend it.

It seems Constable Cliff Cooper and Private learned that lesson the hard way 68 years ago.