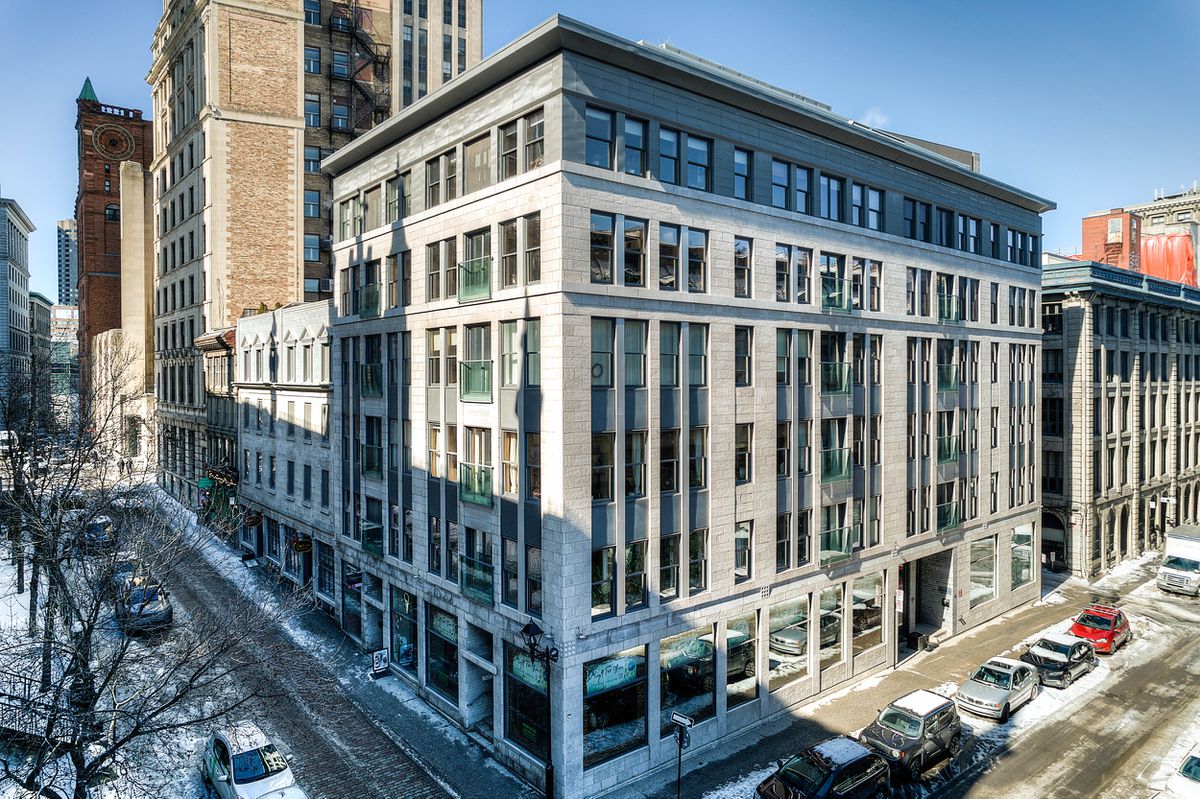 If life were a book, then the apartment in historic Old Montreal could be titled the “pandemic years” chapter in the story of Francis Gosselin.

He was selling his old apartment in the city’s Mile End neighborhood just days after COVID-19 hit Canada in March 2020. Buying that apartment was a somewhat surreal ordeal characterized by restrictions and precautions that seem almost superstitious as our society cautiously emerges from pandemic periods many months later.

“The couple who owned this before us were terrified of catching COVID – not that I wasn’t – but we had to visit with all the doors open and all the drawers out and wearing gloves,” said Mr. Gosselin.

The apartment wasn’t that old – the building was completed in 2005 – but the couple wanted a more contemporary style and so carried out a complete renovation of the space, spending much of their time out of town while they were doing the work. When it was all over, they hunkered down as vaccines changed the game and the pandemic began to recede into 2021. Now the couple are expecting a child and the next chapter requires another new space.

The apartment does not open directly into the living space as one would expect in a small condo. Instead, a small foyer turns left to descend into a small hallway lined with cupboards, a wet room, linen closet and storage. At the end of the hallway the main living space opens to the right and down a small hallway to the left is the master bedroom.

It is a corner unit and the main living space is a large L-shaped open room which is filled with light from the two walls of windows. The building sits across from Montreal’s Notre-Dame Basilica, and the apartment’s windows begin at the roofline, offering views that form a portrait wall of neo-Gothic architectural detail. On the other side, if you look out the window on the right, Gosselin says you can also see Moshe Safdie’s iconic Habitat 67 modernist project across the harbor.

“We redid the entire kitchen,” Mr. Gosselin said, filling it with natural wood on the lower cabinets and crisp white on the upper cabinets, hallmarks of the Cuisine Steam design team specializing in contemporary kitchens. Everything in the space is contemporary, including the light fixtures that hang above the island — three skinny black circles with LEDs on the inner edge — which were found by friends of the couple who own a lighting store . “They said, ‘You have to see these new LED lights! “”, which they had spotted at a lighting show in Texas. “At first my girlfriend hated it, but when people come they say it’s actually pretty fabulous.”

Another bold fixture is the chandelier above the dining room table, which takes the familiar spring-loaded desk lamp (a common feature of early Bauhaus apartments) and mounts more than a dozen in black around it. a ring to create something that looks like a cross between a spider and a robot.

The living room is separated from the dining room by a low desk behind a long sectional sofa, with a TV and media equipment on the far wall. Tucked away next to the sofa is a door leading to a second bathroom with a stand-alone glass-walled shower and white walls and tiles, save for the dark gray tiling that runs around the edge of the tub deep.

All the windows in the apartment have unpainted wooden frames and apart from the bathrooms, all the floors are done in the same hardwood; these natural elements balance with the uniformly white walls and industrial exposed concrete ceilings.

The previous owners were a couple with children and the space was more fragmented. Mr. Gosselin’s renovation removed two bedrooms, essentially leaving an office at the end of the hall behind the kitchen (which could be used as a small bedroom) and a very large master bedroom.

If the master bedroom seems huge, it’s because it was once its own apartment. “The previous owner, they bought this other unit, and had an engineer do a pass between the two,” Mr. Gosselin said. During his own renovation, he was able to find a few more square feet in walls that had previously been too designed to act as a fire and noise barrier between the formerly separate units. “They had left everything that belonged to the old kitchen behind the walls, there were a lot of surprises when we decided to open it.”

The length of the bedroom – 25 feet – is accentuated by a wall of shelving that runs from the window wall to the door, behind which is the en-suite bathroom and a second door to the hallway. The bathroom has a double sink, a rain shower and a hidden dressing room behind.

The only other feature of note is a parking space with an electric charger and the possibility of buying a second space.

Tourists love Old Montreal, although some locals may have a more adversarial relationship about living in a protected heritage area. “They never thought they would live in Old Montreal,” listing agent Jeff Lee said of his clients. “I can’t describe it, it’s a very different animal. … You feel like you’re going to find treasures, it feels like it’s still Christmas around here.

There are dozens of restaurants nearby, plenty of specialty shops, not to mention all the souvenir spots and street performers in the summer. There are also the year-round attractions of the nearby Old Port. Of course, for the past two years it has been unusually quiet.

More to Mr. Gosselin’s taste, half a block away is Saint-Paul Street, which has dozens of art galleries over a kilometer long. Mr. Gosselin is something of an amateur collector, and a triptych of paintings by local artist Olivier Corno (aka simply Olicorno) hangs in Mr. Gosselin’s bedroom. “I bought them for him when he was a kid, when I could afford them, before his career completely exploded,” he said. The next owner could have the same luck by strolling through Saint-Paul.

Your home is your most valuable asset. We have a week Real estate newsletter to help you stay up to date with housing market news, mortgages, the latest closings and more. Register today.

Where can you learn shuffling dancing in Vancouver?