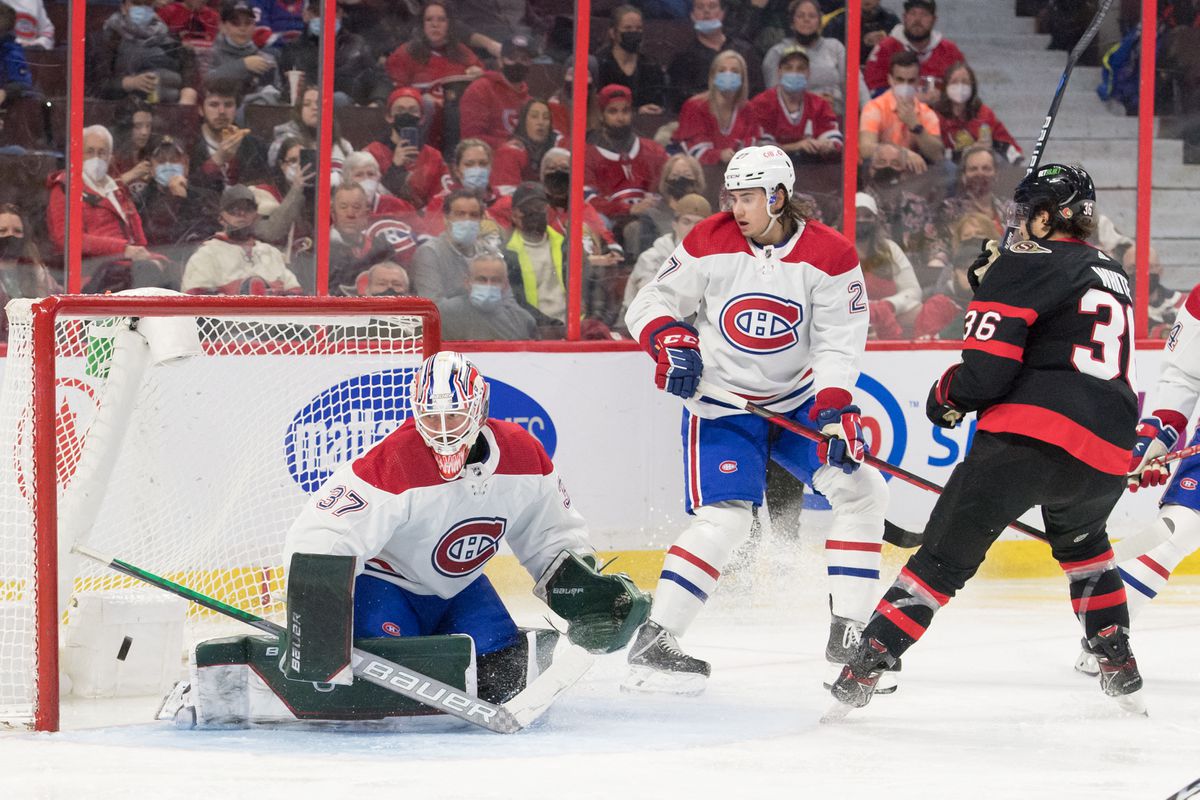 Artturi Lehkonen scored twice to help the Montreal Canadiens win 2-1 against the Ottawa Senators on Saturday.

The Canadiens have won five in a row after losing their first three games under interim coach Martin St. Louis.

Andrew Hammond made 26 saves for Montreal in his first game against the Senators since the team traded him to the Colorado Avalanche in 2017.

Colin White, making his season debut after recovering from preseason shoulder surgery, scored for the Senators. Matt Murray made 30 saves.

Lehkonen gave the Canadians a 1-0 lead at 16:47 of the first period. Denied by Murray’s stretched pad moments earlier, Lehkonen enjoyed a second chance when he pounced on the rebound of defender Ben Chiarot’s point shot and climbed up to the right side of the net.

It was the fourth time in eight games, and fourth straight overall, under St. Louis that Montreal led after the first period after just 10 times in the team’s first 45 games.

The Whites tied the game 1-1 on the power play at 1:23 of the second period. Connor Brown skated down the right wing before moving behind the net and feeding White up front. It was White’s first goal in 304 days.

Murray kept the game even during the second half of the frame, placing his left pad on Jake Evans driving the net and diving to prevent Mike Hoffman from the left side on a 2-on-1.

Lehkonen put Montreal ahead 2-1 at 2:21 p.m. Evans sent a bouncing pass from the left wall to Lehkonen, who fired a one-timer from the left circle.

Tim Stutzle nearly scored the equalizer on the powerplay in the dying seconds of the second quarter, but his shot from the bottom right circle was blocked by Canadiens forward Laurent Dauphin.