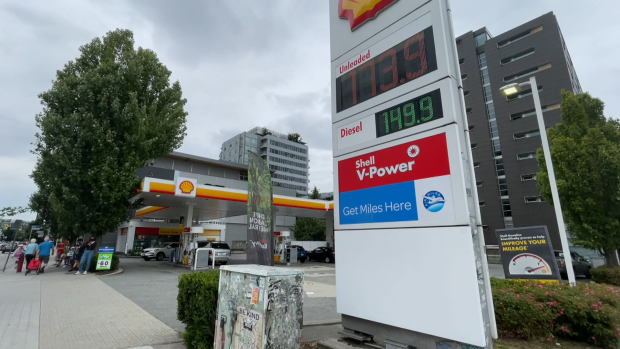 At 173.9 cents per liter, gasoline prices hit another all-time high in Vancouver

Prices rose to 173.9 cents per liter at stations in the Metro Vancouver area.

To put things in perspective for those who are now used to the high prices in the area, TorontoGasPrices.com lists the average price for the Greater Toronto Area at 131.9, although listings on the site suggest some may have paid as much as 136.9 cents per liter in the area.

While a pre-holiday price spike is not uncommon, especially in the summer, last month an oil industry expert told CTV News that the most important factor in pricing was the fuel price spike. crude oil that started last year.

Calgary-based Vijay Muralidharan said oil prices had risen “quite astronomically”, including 30% in the first half of this year.

Research from fuel analysis company Kalibrate, where Muralidharan works as a consultant, suggests that for every dollar added to the price of oil, gasoline prices in Canada increase by half a cent.

There are other price factors, including taxes specific to British Columbia, as well as increasing demand for fuel as COVID restrictions are lifted.

Muralidharan said prices were unlikely to drop until August or September.