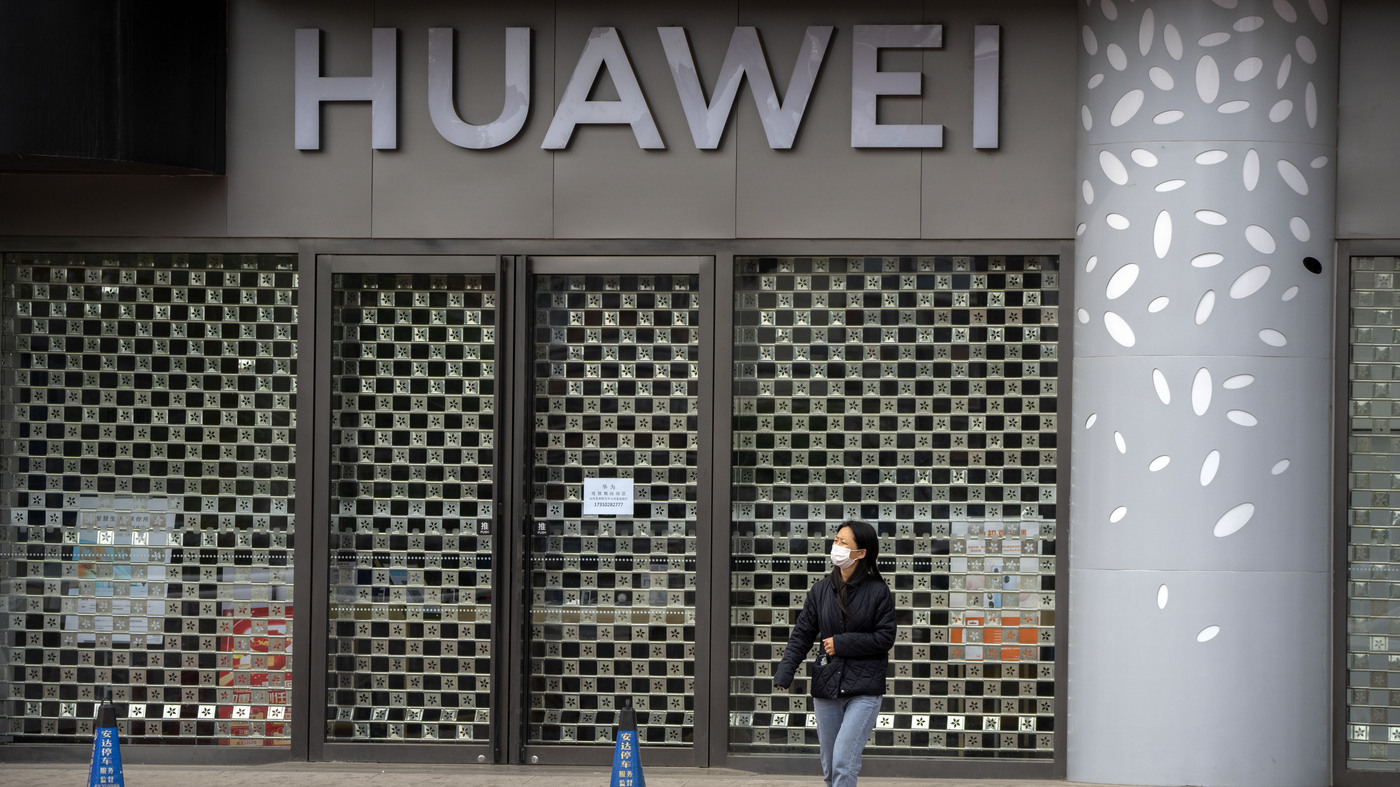 A woman wearing a face mask walks past a temporarily closed Huawei store due to coronavirus restrictions in Beijing, Thursday, May 12, 2022. Chinese leaders are struggling to reverse a deepening economic crisis while maintaining a ” zero-COVID” which shut down Shanghai and other cities.

A woman wearing a face mask walks past a temporarily closed Huawei store due to coronavirus restrictions in Beijing, Thursday, May 12, 2022. Chinese leaders are struggling to reverse a deepening economic crisis while maintaining a ” zero-COVID” which shut down Shanghai and other cities.

TORONTO — Wireless carriers in Canada will not be allowed to install Huawei equipment in their high-speed 5G networks, the Canadian government announced Thursday, joining its allies in banning the Chinese tech giant.

Canada was the only member of the Five Eyes intelligence pooling alliance that did not ban or restrict the use of Huawei Technologies Co. Ltd equipment. in its 5G networks. The United States and the other members – Britain, Australia and New Zealand – had previously banned Huawei.

“We are announcing our intention to prohibit the inclusion of Huawei and ZTE products and services in Canada’s telecommunications systems,” said Industry Minister François-Philippe Champagne.

Champagne added that “vendors who have already installed this equipment will be required to discontinue its use and remove it.” He said Canada’s wireless carriers will not be offered compensation.

The major Canadian wireless carriers had already begun to work with other providers.

Mendicino said the government has done a thorough review and is redoubling its efforts to protect Canadians.

China condemned the decision against one of its national champions as a form of “political manipulation” carried out in coordination with the United States, which aimed to “suppress” Chinese companies in violation of free market principles.

“China will comprehensively and seriously evaluate this incident and take all necessary measures to safeguard the legitimate rights and interests of Chinese companies,” the Chinese Embassy in Canada said in a statement posted on its website.

China routinely uses such language in trade disputes, which often does not lead to a firm response from Beijing.

The US government has for years pressured allies like Canada to exclude Huawei from new super-fast 5G mobile networks, fearing that China’s communist rulers will coerce the company into engaging in cyber espionage. The United States has warned that it will reconsider intelligence sharing with all countries that use Huawei equipment.

The company has repeatedly denied the allegations.

“We are disappointed but not surprised. We are surprised that it took the government so long to come to a decision,” Huawei spokesman Alykhan Velshi said. “We see this as a political decision, born out of political pressure primarily from the United States.”

Velshi said there will be Huawei gear in Canada for years to come. He said the company has more than 1,500 employees in Canada and two-thirds of them work in research and development.

The development of 5G, or fifth-generation, networks will give people faster online connections and provide vast data capacity to meet voracious demand as more things become internet-bound and innovations like as virtual reality, immersive games and autonomous vehicles emerge.

Huawei is the world’s largest supplier of network equipment for telephone and Internet companies. It has been a symbol of China’s progress to become a global technological power – and a subject of US security and law enforcement concerns. Some analysts say Chinese companies have flouted international rules and standards and stolen the technology.

China, the United States and Canada last year completed what was effectively a high-stakes prisoner swap involving a senior Huawei executive who had been accused of fraud by the United States.

China jailed two Canadians shortly after Canada arrested Meng Wanzhou, chief financial officer of Huawei Technologies and daughter of the company’s founder, on a US extradition request. They were returned to Canada in September, the same day Meng returned to China after reaching an agreement with US authorities in her case.

Many countries called China’s action a “hostage policy,” while China described the charges against Huawei and Meng as a politically motivated attempt to curb China’s economic and technological development.

“The decision should have been made two or three years ago, but better late than never,” Guy Saint-Jacques, Canada’s former ambassador to China, said of the decision to ban Huawei. “We are facing a much more aggressive China in the conduct of its foreign policy but also in the way it obtains information to achieve its objectives.”

Saint-Jacques said that under Chinese law, no company can refuse a request from the Chinese government to share information, so it would have been impossible to allow Huawei’s participation.

He expects China to retaliate.

“I expect we’ll hear them pretty quickly,” he said. “They are using trade as a weapon and I suspect that is what we will see in this case.”