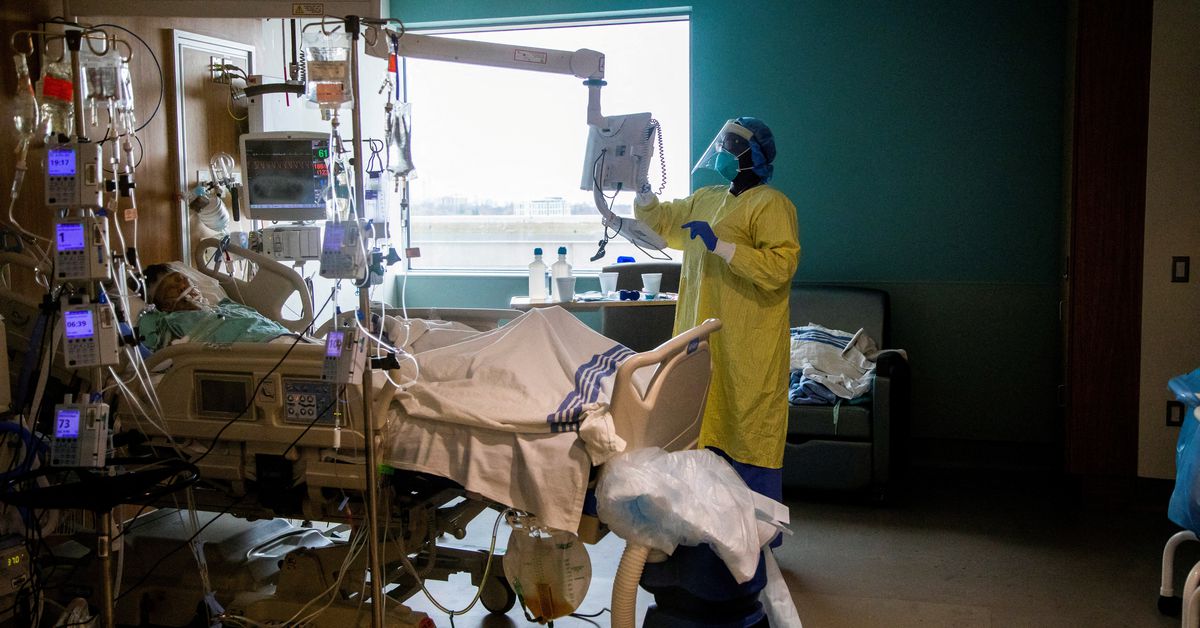 A nurse performs a well-being check on a patient with coronavirus disease (COVID-19) inside the intensive care unit at Humber River Hospital in Toronto, Ontario, Canada. REUTERS / Carlos Osorio

OTTAWA, Dec. 17 (Reuters) – Canadian Prime Minister Justin Trudeau said on Friday that a spike in Omicron variant COVID-19 cases was “frightening”, while the country’s top medical official made it clear that the system health could soon be overwhelmed.

The number of COVID-19 cases is increasing rapidly in Canada, with several of the 10 provinces reporting big jumps as Omicron replaces Delta as the dominant variant.

“I know the record numbers we are seeing in some parts of the country are frightening – but I also know we can overcome this,” Trudeau tweeted, urging Canadians to get vaccinated and keep their distance from others.

â€œWe are not in a popularity contest here,â€ said Duclos, describing the situation as â€œdramatic and criticalâ€.

Chief Medical Officer Theresa Tam said if Omicron were to become the dominant variant, “the large number of cases could flood the health care system in a very short period of time.”

Critics said banning people who had recently visited South Africa, Nigeria, Egypt and seven other countries made no sense given the rapid spread of Omicron.

“While we recognize the controversial nature of such a ban, we believe it was a necessary step to slow Omicron’s arrival in Canada and save us time,” said Duclos.

The provinces of Ontario and Quebec, which together represent about 60% of the Canadian population, both reimposed restrictions on public gatherings this week.

In its second edging installment announced this week, Ontario said on Friday that the capacity limit for indoor public places such as restaurants, gyms and malls would be capped at 50% starting Sunday.

The province also imposed a limit of 10 people for informal social gatherings indoors and 25 people outdoors.

“I know this is not the situation none of us wanted to be in, especially during the holiday season, but it is clear that Omicron will not be taking a vacation,” said the chief medical officer of Ontario, Kieran Moore.

Reporting by David Ljunggren in Ottawa; Additional reporting by Ismail Shakil in Bengaluru, Steve Scherer in Ottawa and Anna Mehler Paperny in Toronto; Editing by Kirsten Donovan and Alistair Bell