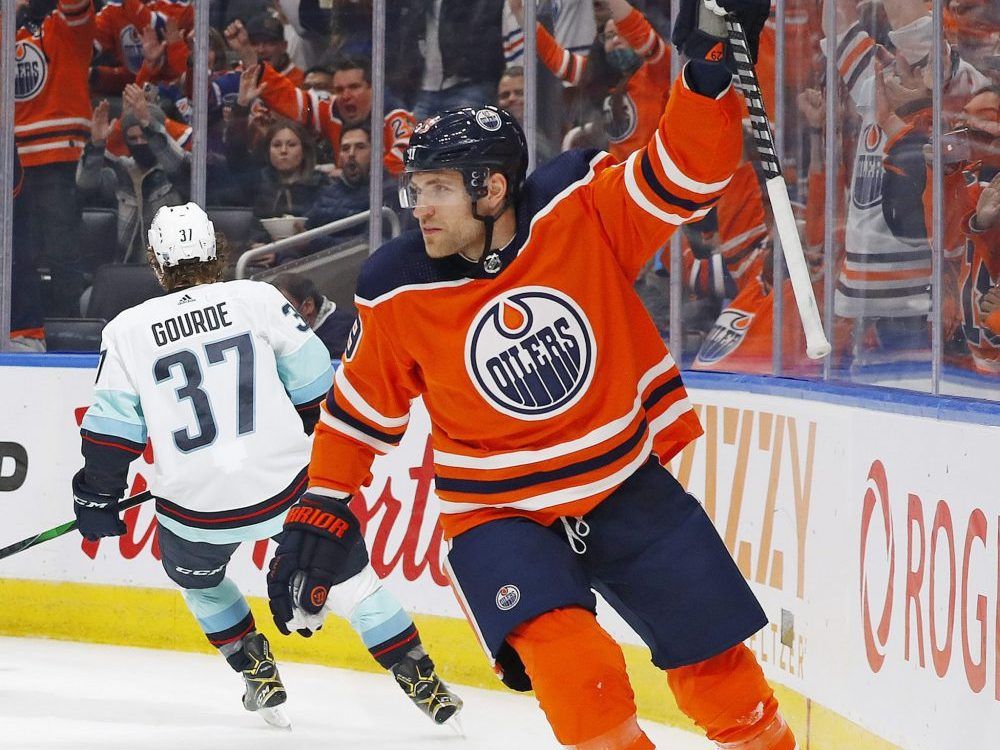 Canucks look for goals, hope for good news on COVID-19

Put top scorer JT Miller, Conor Garland and Bo Horvat in the COVID-19 protocol and place your bets on whether scoring would be a problem. The Canucks have scored just one goal in each of their last two outings — a 2-1 shootout loss to Florida and a 3-1 loss to St. Louis — and a power play that scored in three straight games was canceled in Sunday’s loss to the Blues, despite six shots and 12 attempts by Brock Boeser. Miller has concluded his isolation, and if the winger tests negative, he will return to the lineup.

• Sustainable Draisaitl offers: Marked droughts don’t last for Leon Draisaitl, pout or no pout. He scored twice, had two assists and had three shots and six attempts on Saturday in a 5-3 win over Calgary as the Oilers snapped a seven-game losing streak. Draisaitl has also played 321 consecutive games, which ranks him fifth among active players.

• Bouchard proves that PP is: Evan Bouchard scored two powerplay goals on Saturday as he scored the right point. With Tyson Barrie sidelined by upper and lower body injuries, Bouchard proved with his three-hit, six-try outing that the 10th overall pick in the 2018 NHL Draft is the QB’s heir apparent. club PP.

• The bottom line saves time: Mikko Koskinen gave the Oilers a breather with a 44-save effort on Saturday. That didn’t solve the riddle of veteran starter Mike Smith’s crease nursing a torn thumb tendon before the All-Star break. Stuart Skinner is out of COVID protocol to back up, but the Oilers are exploring goalie options.