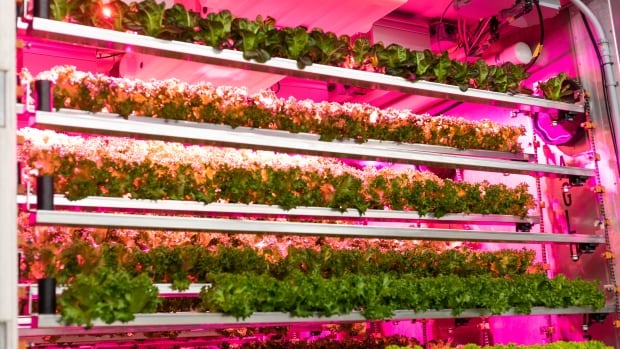 Changes to land use regulations will create more agtech opportunities in BC, province says

The BC government has announced changes to a land use regulation it says will create new opportunities for farmers to grow locally produced food.

At a news conference Saturday, the province said it has updated the Agricultural Land Reserve (ALR) Use Regulations to allow ALR land to be used for intensive agricultural production.

“There is a perception that cropping systems such as vertical farms required ALC (Farmland Commission) approval. controlled is permitted use on the ALR,” the Department of Agriculture told CBC in an emailed statement.

According to the ministry, the changes will help increase local food supplies through intensive farming or vertical farming, where crops are grown in stacked vertical layers to maximize space and reduce energy costs and carbon emissions. greenhouse gas.

The ALR is a provincial area that prioritizes agriculture as its primary use. The regulation is designed to ensure food security and protects approximately 4.7 million hectares of arable land in the province, which presents challenges for agritech farmers around access to ALR land.

“When the pandemic and recent climate change-related flooding disrupted supply chains, British Columbians were reminded of the incredible wealth of our own backyard,” said Agriculture Minister Lana Popham, in a statement.

Ravi Kahlon, Minister of Jobs, Economic Recovery and Innovation, said by creating new opportunities for agri-tech companies to operate in British Columbia, the province is positioning itself to be a leader. in the search for innovative solutions to food security problems.

The province said agritech operations use technology and innovation, such as robotics for harvesting or controlled indoor growing systems, to produce more sustainable food, while using fewer resources.

“As the agricultural capital of British Columbia, the City of Abbotsford knows how important this industry and agtech is to our economy, our community and the province’s food security,” said Abbotsford Mayor. , Henry Brown.

“The changes to the ALR Regulations provide much-needed certainty and predictability for organizations to invest in and grow agritech in our community.”

This government #BCNDP has destroyed more farmland than all other governments combined since the #ALR saved farmland in 1973. Just when we were coming to terms with the loss of 10,000 acres to #SiteC we face the loss of more agricultural land to industry. https://t.co/xppd7UyHhX

But Harold Steves, a Richmond alderman and co-founder of the ALR, is concerned about the changes he says could deprive farmers who use more traditional farming methods of arable land.

“We’re looking at losing land to agritech… There’s no question about that,” he said.

Steves said the City of Richmond is working to create more space on industrial land by changing building requirements, specifically allowing buildings in industrial areas to add another level to allow agritech companies to have space.