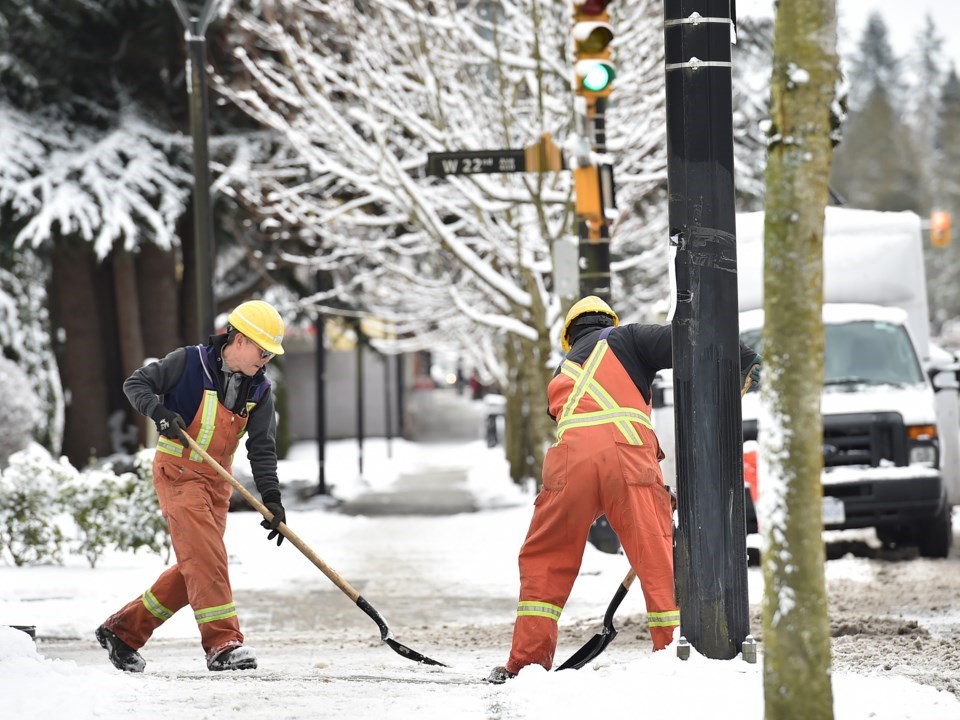 City of Vancouver pays $ 7.8 million to citizens who sued

The City of Vancouver has paid $ 7.8 million over the past five years to people who sued the city for various incidents that resulted in injuries and property damage, including interactions with police, slips and falls. on sidewalks and bicycle accidents.

The payments and the type of incidents covering the period between January 2016 and December 2020 have been communicated to Ice cream media in response to a request under the Freedom of Information and Protection of Privacy Act (FOIPPA).

• Trip and fall due to a defect in the sidewalk

• Slipping and falling on a slippery sidewalk

• Park or boulevard tree falling on a citizen or a house

• chasms, depressions in the road

• Injured while in a municipal building

• Injuries during the construction of the sidewalk

• Maintenance problems of the community center

• Careless inspection related to the construction of buildings

The FOIPPA document did not break down each case or indicate when or where it happened, or the extent of the injuries suffered by the person. All settlements were reached out of court after the person filed a civil action against the city.

The settlements didn’t necessarily come in the same year as the lawsuit, with the city’s Legal and Risk Departments stating in an email that litigation typically takes several years to complete and payment amounts do not reflect the increase or decrease in litigation activity in any particular case. year.

“In addition, the total amount paid per year can be subject to significant variations depending on a few major regulations,” the city said. “Under these circumstances, the city is unable to break down the amounts paid according to the categories of claims, or explain the variations between years without creating a real risk that someone could identify the amount paid in a specific settlement. “

The city has said that amounts paid in individual cases are protected by settlement privilege and in some cases disclosure of this information may be subject to confidentiality agreements between different parties to the dispute.

The courts and the Office of the Information and Privacy Commissioner have recognized that settlement privilege applies, the city said, citing a judge in a case involving the City of Richmond and the Life Commissioner private.

In that 2017 case, the judge said allowing the release of such information “would deter third parties from engaging in meaningful settlement negotiations with government institutions.”

When asked about the $ 7.8 million in payments, the city described the amount as “relatively small compared to the amounts claimed in the lawsuits and with respect to personal injury in general, which could run into the millions of dollars for only one case ”.

GOING THROUGH asked the city several questions about the data received through the access to information request. The following is a condensed and edited version of the city’s responses.

How are payments normally reached?

The city negotiates with the complainant and / or his legal advisor.

How often is the city sued? There must be data available that shows an average and what are the main reasons for initiating a lawsuit.

The number of claims brought against the city in court varies considerably each year, but is roughly around 70+ claims. This does not include claims filed through administrative tribunals such as the Civil Resolutions Tribunal, Human Rights Tribunal, Residential Tenancies Branch, etc. they were injured. There is no trend for the cause of the injuries.

Why is Washington State making its out-of-court settlements public and the city of Vancouver not?

What work or solutions are in place to prevent further slips and falls, bicycle accidents, etc. ?

In general, city staff will endeavor to resolve or mitigate any issues we receive through a complaint (e.g., 3-1-1), observation, or complaint as quickly and as reasonably as possible. The city has also implemented regular inspection and maintenance programs for city assets such as streets, sidewalks, trees (park and boulevard), sewers, etc.

Where does the money come from for the payments? Is it in a separate fund that can be viewed by the public?

Settlement funds come from taxpayers’ money; the city’s financial statements are available to the public.