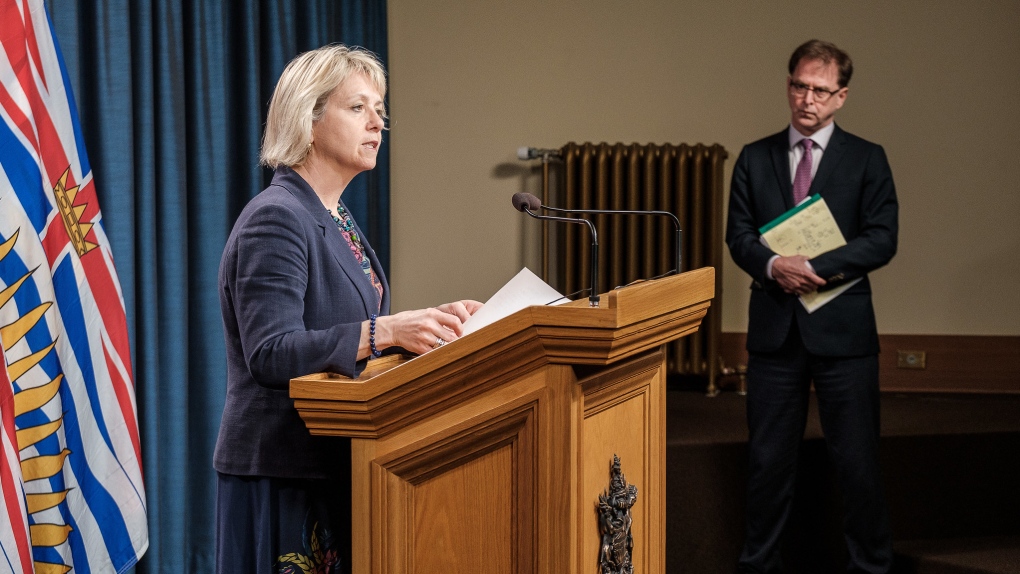 British Columbia health officials will provide an update on Monday on the number of new COVID-19 cases and deaths recorded over the weekend.

The update is expected in a written statement after 3 p.m.

This follows Friday’s announcement that 341 new cases of COVID-19 have been recorded in the province, including 68 new cases in the Vancouver Island area.

There are currently 3,035 active cases of COVID-19 in British Columbia, including 448 active cases in the Island Health region, according to the BC Center for Disease Control.

Island Health data on Friday identified the locations of 401 active cases, including 92 in the South Island, 202 in the Central Island and 107 in the North Island.

Since the start of the pandemic, 2,322 people have died from COVID-19 in British Columbia, including 119 deaths in the island region.

There are currently 51 people hospitalized with COVID-19 on Vancouver Island, including 15 intensive care patients.

Provincial health officer Dr.Bonnie Henry and British Columbia Minister of Health Adrian Dix said on Friday that there was no indication of a worrying new variant of the coronavirus (VOC), known as the ‘omicron, had made its way into the province.

“At this time, there is no evidence that this variant has been introduced in British Columbia,” Dix and Henry said in a statement.

About 350,000 children aged five to 11 are eligible to receive a pediatric COVID-19 vaccine starting Monday.

Health Canada approved the pediatric vaccine for use in Canada after an independent scientific review confirmed that the first vaccine formulated for young children is safe and effective.

About 91% of British Columbians aged 12 and over had received one dose of a COVID-19 vaccine as of Friday, while 87.6% had received two doses.

This is a developing story. Check back for updates.

Ottawa Francophone School Board pays ransom to hackers who stole data on employees, parents and students