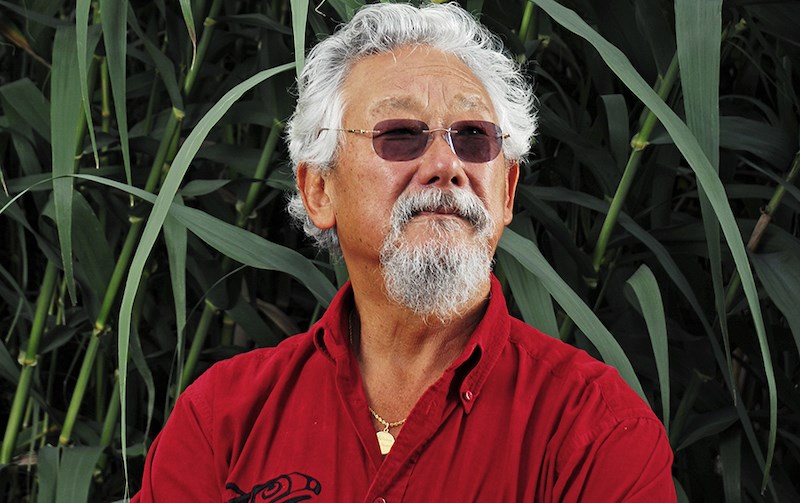 David Suzuki comments on the 14-day protest in Vancouver

“But is anyone really listening?” asked the Canadian icon.

After decades of advocating for the environment in Canada and around the world, David Suzuki says humanity is on a “suicidal path” and little has changed.

Time is running out to prevent the scariest aspects of climate change, according to the iconic Canadian environmental activist. As such, it’s no surprise that young people in Vancouver are taking to the streets to protest the government’s inaction.

“I think this is an indication of people’s frustration and that civil disobedience seems to be the next step,” he said. Vancouver is awesome by telephone. “My fear is that if that doesn’t get the attention and discussion of our so-called leaders, you know, some […] people are going to start even more disruptive tactics and that’s what worries me. “

Suzuki attended the first of Extinction Rebellion’s “14 Days of Disruption” Saturday, October 16, where he spoke to protesters and passers-by. Members of the organization’s Vancouver branch blocked the intersection of Burrard and Georgia Streets in the afternoon and four of them were later arrested.

The environmental group has demanded that Canada’s provincial and federal governments end fossil fuel subsidies ahead of the 26th Annual United Nations Climate Change Conference in Glasgow, which Suzuki says must happen.

“You know what the United Nations said in 2019: we are facing an unprecedented loss of biodiversity – and this threatens the biosphere for humans,” he said.

“How do we survive in a world where humans have taken over most of the planet, wiped out so many ecosystems and species? It’s really terrifying.”

“People are more and more desperate.”

Brent Eichler, a member of Extinction Rebellion and president of Unifor Local 950, told VIA the group knows their protests will anger residents, especially those behind the wheel.

“We understand that and we accept that there is no other way… because we have tried all other ways,” he said, adding that the protesters have to accept “huge personal costs. “.

Suzuki echoed Eicher’s words, noting that people “need to think about why they are doing this,” pointing to recent clashes between protesters and police in Fairy Creek.

“We’re still on a suicidal path. And that’s why people are getting more and more desperate,” Suzuki noted.

The environmentalist pointed the finger at activist Greta Thunberg and what he said was her “huge impact”, explaining that the teenager “cut all the garbage we get and just said,” look, you know that i am a child. I believe I was taught to take science seriously. And what scientists are saying is that there is no future in the direction we are heading. It’s very, very simple, and look what she’s got: kids all over the world have picked up on her message. “

“But is anyone really listening?”