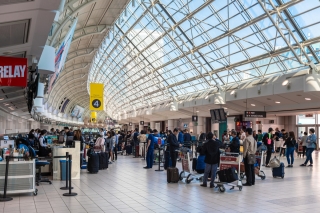 The federal government quietly tested facial recognition technology on millions of unsuspecting travelers at Toronto’s Pearson International Airport in 2016. The six-month initiative, intended to track people as the Canada Border Services Agency suspected of trying to enter the country using false identity documents, is detailed in a document obtained by The Globe and Mail through an access to information request. The project is the largest known government deployment of the technology in Canada to date. (Globe and mail)

Here is an expert from McGill University who can comment on this question:

“Facial recognition is inescapable, invisible and ubiquitous, making it the most invasive surveillance mechanism ever invented. Although airports are already places of high security where people should have low expectations of privacy, the implementation of facial recognition involves a significant departure from current practices. It should only be implemented if there is certainty that a significant security gain exists to offset its risks, and that the measure is not simply part of a security theater.. “

Ignacio Cofone is an Assistant Professor at the Faculty of Law, where he teaches artificial intelligence law, professional associations and privacy law. His research explores how the law should adapt to technological and social changes with an emphasis on privacy and algorithmic decision-making. In his latest projects, he proposes how to assess the damage in privacy class actions and how to prevent algorithmic discrimination.