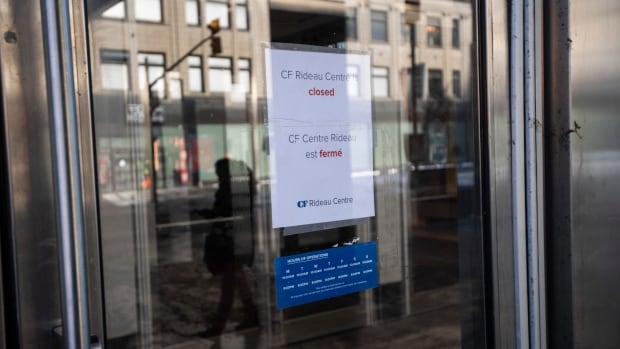 Under the program, small businesses will be able to apply for up to $10,000 to help defray non-deferrable operational costs not covered by other federal programs. The initiative is funded by the federal development agency for the region and managed by Invest Ottawa, in collaboration with local business improvement associations.

“Businesses have been forced to drastically reduce their opening hours and in many cases have had to close their doors completely because they have been harassed and intimidated,” said Helena Jaczek, minister responsible for the Agency. Federal Economic Development Program for the South. Ontario.

Eligibility criteria and application process for the program are not yet available.

For the past three weeks, due to blockades and illegal occupancies, businesses in downtown Ottawa have been unable to open or operate safely. Today we announced funding to ensure these small businesses can get the support they need. More details here: https://t.co/tnebSWyInD

Speaking to reporters at a news conference on Saturday, Jaczek noted that many Ottawa residents have avoided visiting downtown businesses due to the protests.

Many downtown businesses and residents have been added to a proposed class action lawsuit seeking millions of dollars in damages from the protests.

The protest had a negative impact on the city’s reputation, according to industry leaders and the city itself.

After weeks of disruption, Ottawa residents and business owners are growing increasingly frustrated, and some are so fed up they’ve joined a proposed class action lawsuit against protest convoy organizers demanding over $300 million in damages. 2:04

The duration of the protest has prolonged “the severe economic hardship for our member businesses, even beyond downtown, and the recovery that we are all working towards,” Jantine Van Kregten, spokesperson for Ottawa Tourism, said in a statement emailed to CBC News.

“It is impossible to think that Ottawa’s reputation as a safe, welcoming and inclusive destination has not been negatively affected by the illegal occupation of our streets.”

Yasir Naqvi, the Liberal MP for Ottawa Centre, said the government is also “looking for new measures” to help workers.

Ottawa Mayor Jim Watson said Saturday he had suggested to city officials that trucks towed away during enforcement action could be sold to help the city pay the cost of the protests.

Acting Ottawa Police Chief Steve Bell said Saturday he did not have an estimate of the cost of enforcement. But he said it would be “extremely expensive” and discussions were underway with other levels of government to determine payments for the police.

Millions of dollars in frozen accounts

Public Safety Minister Marco Mendicino also provided reporters with an update on efforts to disrupt the finances of those participating in protests in the nation’s capital.

The effort, in which financial institutions are able to freeze accounts linked to the protest, is part of the suite of powers enabled by the invocation of the Emergencies Act this week.

Mendicino said that, so far, financial institutions have frozen 76 accounts worth $3.2 million.

“This is another example of how concrete and targeted measures under the Emergencies Act are being implemented,” he said.

Mendicino added that measures requiring crowdfunding websites and payment providers to register with the Financial Transactions and Reports Analysis Center of Canada (FINTRAC) were also underway.

He did not respond to a question about what would happen to the money frozen in the accounts, citing operational concerns.

“This is done independently from the operational side, and it would be inappropriate for us to comment further due to operational sensitivity and to preserve the integrity of what is happening at this time.”

Federal Conservatives have opposed the invocation of the Emergencies Act, saying the government has not demonstrated convincingly that the current situation meets the threshold for its use. Acting leader Candice Bergen told MPs debating the legislation to ‘proceed with caution’.

The Canadian Civil Liberties Association said it would sue the government for invoking the law.

Speaking on Thursday, Finance Minister Chrystia Freeland warned protesters that additional financial and administrative measures could lead to their car insurance being canceled and their business accounts being suspended – a move that could prevent truckers to work again.

“The consequences are real and they will bite,” she said.