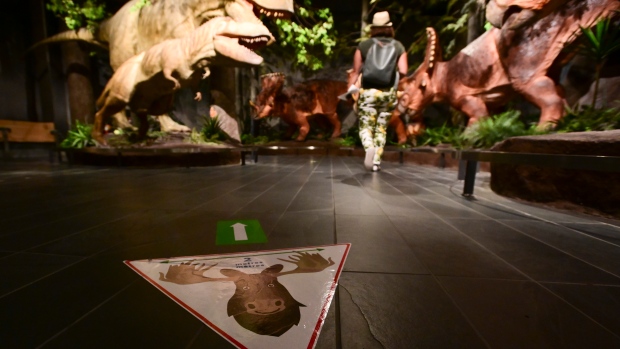 Freedom Convoy: Canadian Museum of Nature Extends Closure for One Week Due to Convoy Protest

At least three national museums in the capital region say they will remain closed for at least a week due to the ongoing “Freedom Convoy” protest in downtown Ottawa.

In a news release, the Canadian Museum of Nature in Ottawa’s downtown district says it was set to reopen on Wednesday, following the government’s relaxation of COVID-19 public health measures. Ontario, but the continued presence of heavy trucks and protesters means the museum will remain closed until at least February 9.

“The decision is due to potential access and safety issues for visitors and staff in light of traffic congestion and protests in downtown Ottawa,” a news release said. “Those who pre-booked their tickets will receive an automatic refund. Ticket holders do not need to contact the museum. Animal care and other essential museum services will continue throughout the closure. “

The Canadian War Museum in Ottawa and the Canadian Museum of History in Gatineau, Quebec. will also be closed until February 9.

“The ongoing protests in the region continue to have a significant impact on traffic in downtown Ottawa, Gatineau and on interprovincial bridges, making access to our sites extremely difficult,” said a statement on behalf of of the two museums.

The National Gallery of Canada will also remain closed until February 9.

At this time, the websites of the Canadian Agriculture and Food Museum, the Canadian Museum of Science and Technology, and the Canadian Aviation and Space Museum state that they will be open this week.

The protest began on Friday and drew large crowds over the weekend. While the protest is ostensibly aimed at removing public health measures and reopening businesses, many downtown businesses, including the Rideau Center mall, have chosen to remain closed while the protest continues.