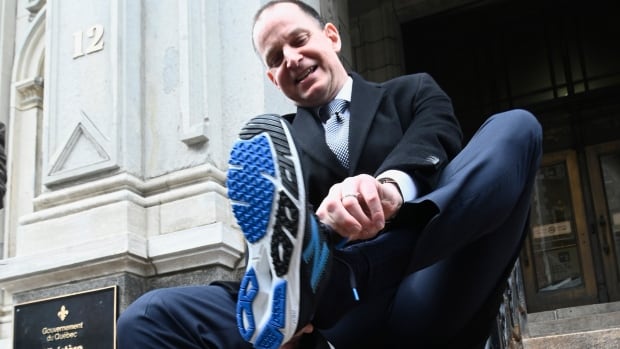 From housing to health care, what to expect in the Quebec budget

Quebec Finance Minister Eric Girard said today’s provincial budget will be “cautious” but will still include relief for those battling the rising cost of living.

“We are dealing with the immediate need,” Girard told reporters on Monday.

“We also finance the main missions of the state in the long term – health, education, the economy, the environment.”

The budget — the Coalition Avenir Québec government’s last before the fall election — comes as Quebecers grapple with inflation that is driving up the cost of food, services and gas.

In January 2022, the inflation rate in Canada exceeded 5% for the first time since September 1991, according to Statistics Canada.

On the positive side, Girard said the economy rebounded faster than expected despite the pandemic, pushing the structural deficit from a projected $6.8 billion for the fiscal year to around $3 billion.

“The rebound has been outstanding,” he said.

The province still faces a monumental challenge. Last year, Girard suspended the province’s Balanced Budget Act, which requires the province to balance its budget within five years. He pushed that goal back to seven years.

With all that in mind, here are four key things to look for in the budget, which is expected to be tabled shortly after 4 p.m. (see below for more details on CBC coverage.)

Lobby groups have called on the government to mitigate the rising prices facing Quebec households by freezing Hydro-Quebec rates or reducing the provincial gasoline tax, for example.

The Premier of Quebec, François Legault, had previously said his intention was to “put money back in the pockets of Quebecers”, although he did not specify how.

However, some economists and other experts say distributing checks could more harm than good.

Last November, Girard announcement an allowance for more than three million low- and middle-income Quebecers in 2022. Couples will receive $400 and people living alone $275. An investment of $2.1 billion over five years will cover the costs, Girard said.

He also announced an increase in financial assistance for Quebecers aged 70 and over, bringing it to a maximum of $400 per person starting this year.

Health Minister Christian Dubé has promised to focus on long-term health system reforms over the next few months, even if a complete overhaul is not in the budget.

However, there have been growing calls to immediately pour more money into home care – a move seen by experts and advocates as a way to ease the burden on the hospital system.

“We have been saying it for years: we have to get out of hospitalocentrism. We need to invest massively in home care and services,” said Gisèle Tassé-Goodman, head of Réseau FADOQ, a Quebec seniors’ organization.

Dube has already engaged to address the nursing shortage in the coming year.

The health sector accounts for the largest slice of the fiscal pie. Last year, at the height of the pandemic, industry spending increase by six percent.

It is unclear whether the budget will include significant investments to address the province’s housing crisis.

According to the Professional Association of Real Estate Brokers of Quebec, the median price of a single-family home in Quebec rose to $339,960 in 2022. This figure climbs to $550,000 in the greater Montreal area, an increase of 20% compared to last year.

The average rent for a two-bedroom apartment in the Montreal area was $928, according to the Canadian Mortgage and Housing Commission — but that figure includes occupied units. Vacant two-bedroom units have an average rent of $1,134 per month.

Montreal Mayor Valérie Plante said “there must be money in this budget” for social and affordable housing, not just in Montreal, but across the province.

“There is a real affordable housing crisis in Quebec,” says Valérie Plante. The mayor of Montreal wants the CAQ government to make it a priority in tomorrow’s budget. This will be the final budget before the provincial election this fall. 0:37

“There must be more options. The Quebec government must take responsibility,” Plante said Monday. “When it comes to social housing, it’s in their backyard.”

However, Legault’s recent comments seem to indicate that the government will wait to deliver its housing plan.

“There is a campaign approaching for the legislative elections”, he said. “I think political parties will force themselves to have home ownership plans, as we’ve seen so many times in history. I urge you to be patient.”

The Legault government has made some high-profile public transit announcements over the past year, so it’s unclear how much new there will be in the budget.

For example, he recently announced that the extension of Montreal’s beleaguered blue metro line is finally underway, despite significantly over budget and three years behind schedule. The province is expected to foot the lion’s share of the $6.4 billion bill.

Plante called for more investment on Monday, including his Pink Line streetcar project that would run through the borough of Lachine, as well as a proposal to connect the metro’s Orange Line to the new light rail transit system in the city, the REM.

The government had also previously announced an ambitious public transit plan for Quebec City. It included a $7 billion, six-lane tunnel, known as the “Third Link,” that would connect Lévis on the city’s south shore to downtown.

But the government recently backed off from that plan, saying in February it was now considering a “tuned” version of the tunnel with fewer lanes and a reduced cost.

Legault said there would be a new financial estimate for the project “in the coming months.” Transport Minister Francois Bonnardel also said work on the tunnel would begin before the fall elections.

Legault had promised to build a third option between the two shores during the last provincial election campaign in 2018.

CBC News will have full coverage of the Quebec budget on TV, radio and here on our website. Details are expected to be released shortly after 4 p.m. Tuesday. Here’s what’s to come:

Digital: Breakdown and complete analysis of the budget on our site as soon as the embargo is lifted.

Radio: Updates on our afternoon shows let’s go and Break awayas well as a special provincial budget from 5:30 p.m. to 6 p.m., hosted by Sabrina Marandola.

TV: We’ll have news, reactions and expert analysis on the 6pm show with Debra Arbec and at 11pm with Sudha Krishnan.