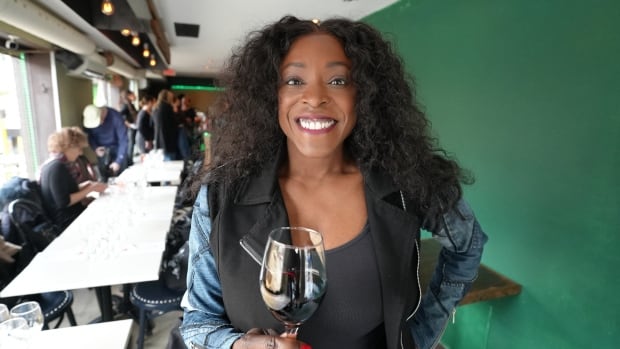 Have you ever had wine with jerk chicken or beef curry? This Toronto sommelier wants you to try it

The world of wine may seem stuffy, exclusive and pretentious to many, but a Toronto sommelier is trying to change that by opening it up to cuisines around the world.

Beverly Crandon grew up in a home where Caribbean food was served. She says she’s always loved wine but never really seen the two partners. So she started experimenting, then made it her job.

“When you take something that’s not the norm and pair it with wine, it sparks conversations about why it’s the way it is and also about diversity,” the sommelier said.

That’s why Crandon’s website has blog posts about what goes with beef curry and jerk chicken — not the kinds of dishes you see depicted in most wine magazines.

And now his GTA event series, called Spring in spices, challenges the narrative around wine’s association with various ethnic foods, including Caribbean, Thai and Indian. She says one of the common tropes is that spicy dishes go well with Riesling wines, but she says there are many more great combinations to explore and likens the process to simple science.

“When you look at it, it’s just food, made up of molecules. When you understand that you’re just mixing things up, it becomes so much easier and it’s beautiful.”

Magdalena Kaiser, director of public relations for the Wine Marketing Association of Ontario, says the world of wine is changing and people like Crandon are part of that change.

“If you even look at the last 100 years, wine definitely has a reputation for being a stuffy environment,” Kaiser said.

“Every year it changes in a good way to make it more accessible and fun. We should explore all food cultures through wine.”

Crandon is excited to change people’s minds about what goes well with various foods, while helping to break down barriers in the hospitality scene.

“This is Toronto – we have so many cultures here. Let’s discuss why there might be stigma or prejudice around certain cuisines,” she said.

“Doing this through food and wine makes those conversations a lot easier.”