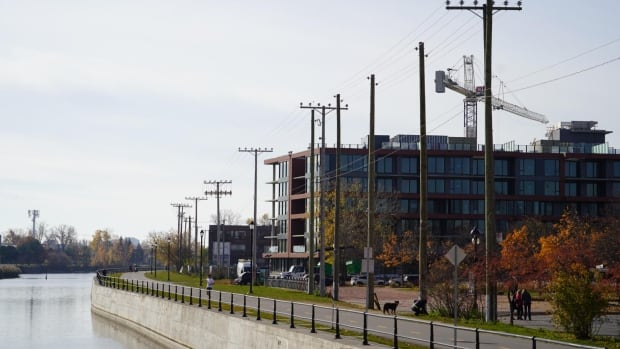 After residents of Montreal’s Saint-Henri district complained that the new Hydro-Quebec poles along the Lachine Canal and Catalognous Park were “ugly”, they will be removed.

Residents were shocked last month when they woke up to see Hydro-Quebec workers installing new poles without warning. They discovered that the developers of a new condo complex, Le Gladin, were paying to have the electric wires buried in their sight, and therefore new poles had to be installed upstream.

“Our main concern was that it had a very big visual impact on our side, on the historic site of the Lachine Canal and the municipal park where we have all the residents who walk and enjoy the park,” said a resident of Saint- Henri. Lucie Dugal, who pushed to have the posts removed.

“It was unacceptable to us.”

Last Thursday, a handful of concerned citizens consulted Hydro-Quebec, Parks Canada and the mayor of the borough, Benoit Dorais, to find alternative solutions.

Hydro-Quebec proposed to remove the new poles and add infrastructure to existing ones instead.

Although residents are happy that Hydro-Quebec has responded to their complaints and been open to finding solutions, they still have concerns. For example, wires will be very close to walkways and equipment will be added to the top of a pole in front of a residential building.

“The proposal is much better but it’s still not perfect,” said Dugal. “We don’t know if it could be perfect, but we’re trying to push it a bit further.”

The proposal was approved by residents, Hydro-Quebec and Parks Canada, said Cendrix Bouchard, spokesperson for Hydro-Quebec. He said there was no set date for the polls, but it would happen in the coming weeks.

City of Vancouver pays $ 7.8 million to citizens who sued