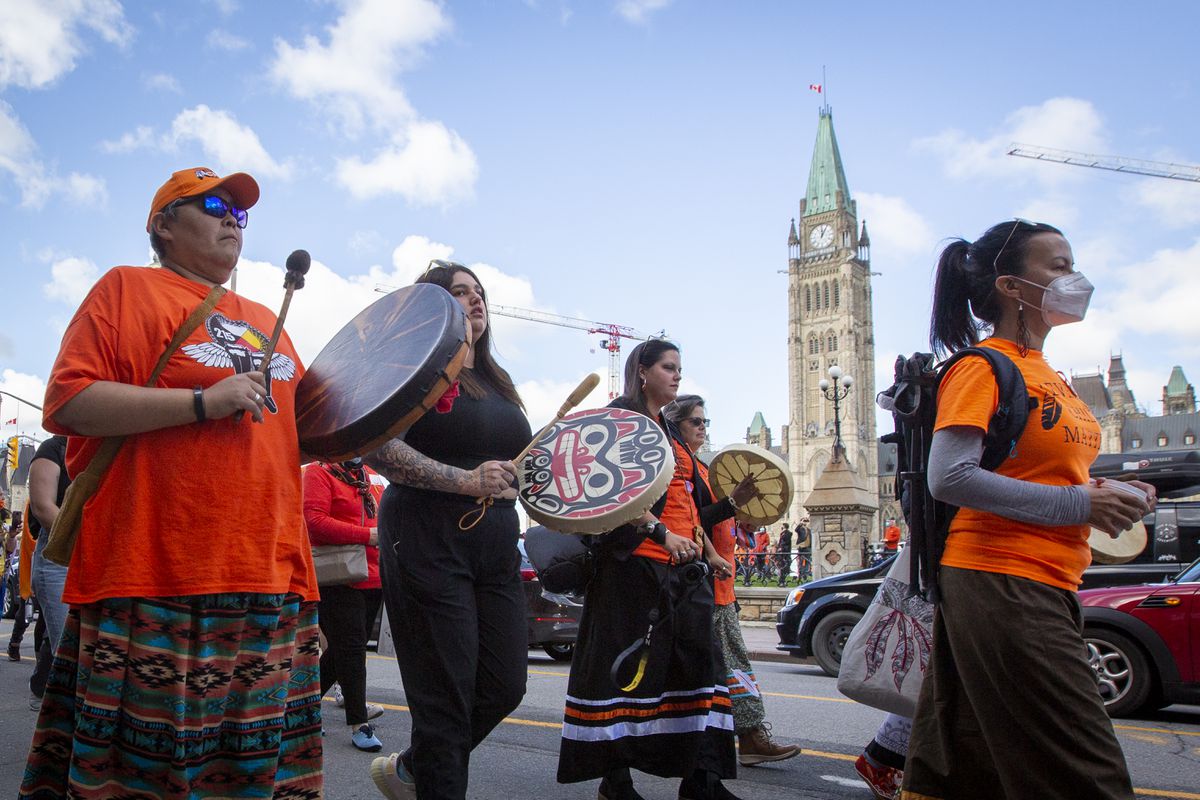 Confidential talks have started on compensating indigenous children unnecessarily cared for by the child welfare system in order to reach an out-of-court settlement worth billions before the end of the year.

The parties are likely to be extremely low profile during the talks so that the negotiations are not affected by public comments, the government said. Ottawa has made it clear that it is ready to put a significant amount of money on the table, although it has said it cannot say how much. Crown-Indigenous Relations Minister Marc Miller confirmed on Friday that it would cost billions to fix the problem.

The talks were announced on Friday, after the federal government filed a “protective appeal” with the Federal Court of Appeal to say it believed a judge erred in his September ruling upholding two court orders Canadian Human Rights Council (CHRT). Ottawa has filed the notice of appeal relating to one of these orders for financial compensation for Indigenous children and their families.

The federal government’s decision to appeal met with a strong backlash from opposition parties and their supporters. Ottawa said despite the appeal, all legal proceedings will be suspended for now and the focus will be on reaching a deal.

Adrienne Vaupshas, â€‹â€‹spokesperson for Indigenous Services Minister Patty Hajdu, said on Monday that discussions between the government and the parties are continuing and “will continue until the end of the year or until the end of the year. that we reach a comprehensive resolution on the outstanding issues that have been the subject of litigation. â€The content of the conversations remains confidential, she added.

The re-elected Trudeau government faced a lot of criticism for continuing the legal fight in the Indigenous child welfare case, though it said its most important relationship was with Indigenous peoples. Experts also said that children who have been unnecessarily removed from their homes and families deserve immediate compensation for the discrimination.

Bobby Cameron, regional chief of the Assembly of First Nations in Saskatchewan and head of the Federation of Sovereign Indigenous Nations, said Monday that filing the appeal was “the wrong decision.”

He said it â€œgoes totally against everything we work onâ€ to improve the quality of life for First Nations children. Cameron encouraged the Trudeau government to hear directly from affected families in every region of the country.

On the eve of National Truth and Reconciliation Day, Federal Court Judge Paul Favel concluded that the CHRT had reasonably exercised its discretion under the Canadian Human Rights Act to deal with a ” complex case of discrimination to ensure that all issues were adequately addressed and that the issue of compensation was addressed in stages.

The ruling also said the court had properly reviewed the record to determine whether it should award damages for willful and reckless conduct. The CHRT order required Ottawa to pay up to $ 40,000 in compensation to every First Nations child unnecessarily placed in foster care due to underfunding of government services since 2006. It also requires payments to parents or to grandparents.

Cindy Blackstock, executive director of the First Nations Child and Family Caring Society, told the Globe and Mail podcast The decibel that preliminary discussions took place on Monday. She also said she had been in “talking circles” before and “they didn’t really get us very far”.

â€œI think it’s worth one last kick in the box for the kids,â€ Ms. Blackstock said. â€œAnd then that’s it for me. I’m finished. Because the only real progress we’ve seen so far has really been litigation. But in fairness to the children, if we can come to an agreement, it will do justice sooner. Thatâ€™s why Iâ€™m going.

Ms Blackstock also said she also made it clear that the CHRT’s orders must stand.

â€œThis money is not mine,â€ she said. â€œIt belongs to the victims.

Justice Minister David Lametti said on Friday that Ottawa believes it can come up with a comprehensive solution that includes not only what the CHRT is trying to do, but also separate class actions focused on the welfare of Indigenous children.

â€œWe have the goodwill of the parties. We have put a significant amount on the table to bring the parties to the table, and we are confident that can happen. “

For Subscribers: Get exclusive news and political analysis by subscribing to the Policy briefing.

How to get rid of your old Halloween pumpkins in Vancouver