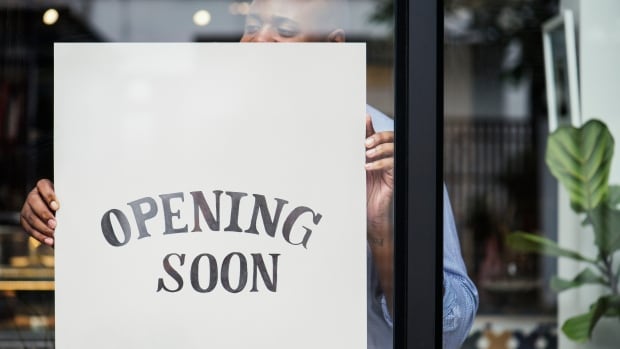 Interest in small start-ups in Saskatoon grows despite economic uncertainty

Starting a small business is risky at the best of times and even riskier during uncertain economic times, but that doesn’t seem to scare entrepreneurs in Saskatoon.

According to Alex Fallon, president and CEO of the Saskatoon Regional Economic Development Authority, there has been growing interest in starting small businesses in Saskatoon over the past two years despite the continued economic challenges of COVID-19.

“In these times of economic uncertainty, which COVID has brought, you actually see a growing interest in entrepreneurship,” he told CBC Radio. Saskatoon Morning.

There’s been an “absolute surge” of people coming to his development agency with small business ideas and looking for help bringing them to life, Fallon said.

The latest data available from the Development Authority’s Economic Recovery Monitor also seems to suggest that people are interested in starting new businesses.

The tracker reported 7,944 active businesses in Saskatoon in November 2021 – which is actually an increase from 7,867 in December 2019, just before the pandemic began.

“I think most people you talk to would be surprised that entrepreneurship has increased. But in fact, it’s a very common, almost proven business model,” Fallon said.

“You don’t just see it in Saskatoon. You see it around the world in different economies.”

“The economy is still adjusting”

There are several reasons people may want to start a small business during uncertain economic times, according to Fallon.

People may fear losing their jobs and seek other opportunities, or someone in the household may have lost their job and need to find another source of income. It could also be as simple as needing a change.

Whatever the reason, Fallon said a struggling industry or type of business opens the door to new opportunities.

For example, he said, online shopping has become very common during the pandemic. While many brick-and-mortar stores have struggled or even closed, this has allowed online businesses to thrive.

“The economy is always adjusting. When one thing is up, another is down. When something closes, something starts because someone sees an opportunity,” Fallon said.

“We don’t want to underestimate the impact this has had on some businesses that have struggled,” he said.

But the “big picture from Saskatchewan to Saskatoon, there are a lot of positive signs and we’re seeing some growth in the years to come.

YXE Smash Therapy – which gives people the chance to smash things for fun in a safe environment – ​​is one of the small businesses that opened in the first year of the pandemic.

Magen Mercer, who founded YXE Smash Therapy in November 2020, said she worked for Saskatoon Public Schools for 10 years before deciding to start a small business.

“I had been looking for a change for a while,” she said.

“I really like working with children, but the salary was not enough. I was just looking to increase my income and my lifestyle.”

Then, after lockdowns eased in Saskatchewan, Mercer saw an opportunity.

“I felt a little bored with some things and just looked to go see if there was [a smash room] in Saskatoon where I could go,” she said.

“I saw there was one in Regina, and I knew Saskatoon needed one too, so here we are.”

Mercer said she worked at her day job for about six months while setting up YXE Smash Therapy, then started working full-time in the smash room.

She didn’t hesitate to quit her steady job, despite the risks of starting a small business during a pandemic.

“I saw the potential,” she said.

“When you’re assessing risk, I guess you have to decide if staying where you are is sometimes riskier than pursuing a new business, and I just decided to go all out.”

Mercer said business has been going well so far and she is very excited about the future.

“We have a lot of big things in the works.”