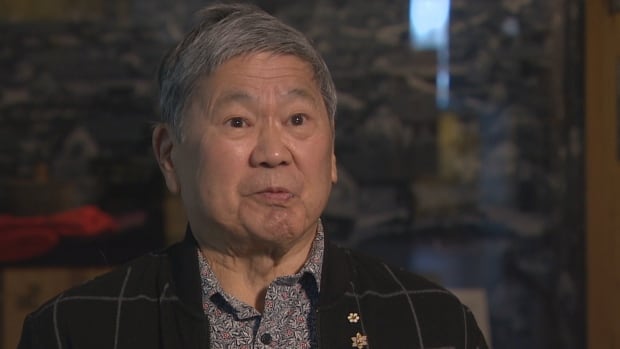 My parents and grandparents were among the 22,000 Japanese Canadians who were forcibly removed from their homes and interned because of their race.

I was five years old when our family was placed on a sugar beet farm near Ste. Agathe, Man., to fill the labor shortage caused by the war. Why did this happen?

Canada had declared war on Japan on December 7, 1942, shortly after the bombing of Pearl Harbor. As a result, all Japanese living along the British Columbia coast were labeled “enemy aliens” and were victims of racist actions perpetrated under the War Measures Act by the Canadian government.

The government said depriving the Japanese people of their basic rights was justified because it posed a threat to national security.

Government documents found in the archives became publicly available after restrictions on censored files were lifted.

These documents confirmed that the Japanese people did not pose a threat to national security. The RCMP and the Canadian Army recommended that the removal of the Japanese from the West Coast was not necessary.

However, politicians in British Columbia, driven by racism and economics – mainly due to the success of the Japanese in the fishing and farming industries – lobbied the Canadian government to be expelled from British Columbia. War has become a legitimate excuse.

I think back to the experiences of my family and the Japanese community.-Art Miki

After the war ended in 1945, the government’s policy of repatriating Japanese to Japan became an issue for Canadian civil rights organizations, as the majority of Japanese were born in Canada or naturalized Canadians.

In 1947, then Prime Minister Mackenzie King overturned the deportation orders. But by then some 4,000 Japanese, half of whom were born in Canada, had already been sent to Japan. Those Japanese who remained in Canada had to move east of the Rockies and were not allowed to return to British Columbia until 1949, four years after the war ended.

When Japanese Canadians moved to other provinces, they faced resentment, discrimination and racist attacks. Initially, Calgary and Winnipeg would not allow Japanese citizens to live in the city.

In 1948, the Japanese were allowed to live in Winnipeg, but encountered resistance and hostility. Some restaurants refused to serve them. They had difficulty finding housing and employment. They were harassed by Hong Kong veterans and looked on suspiciously by others who had never met a Japanese.

Over time, as the Japanese became known for their hard work and perseverance, Manitobans finally accepted them as people. Interestingly, it was Jewish and German companies that hired most of the Japanese workers. Perhaps they had empathy for the plight of the Japanese.

Today, as I watch the Russian invasion of Ukraine on television, I reflect on the experiences of my family and the Japanese community and wonder what impact Russian aggression will have on Canadians in Russian origin.

The Canadian government and Canadians in general overwhelmingly support Ukraine. Will this result in indiscriminate actions towards Russian-Canadians, as some will blame them for the actions of their ancestral country?

There are differences between the current scenario and the situation with Japanese Canadians. In 1942, Japanese in British Columbia did not have the right to vote and were not considered citizens. Second, the Japanese have become easy targets, due to their visibility within mainstream white society.

Many Russian-Canadians condemn Putin’s actions and express their loyalty to Canada.-Art Miki

On the other hand, Canadians of Russian origin will benefit from the protection of the Charter of Rights and Freedoms to maintain their fundamental rights against any government action affecting them. Also, Russian Canadians are more like the majority of Canadians, and it would be difficult for Canadians to differentiate who is Russian and who is not.

There will undoubtedly be acts of racism and harassment directed at innocent Russian Canadians because they become easy targets and scapegoats for what Russia is doing to Ukraine. For example, Chinese Canadians have experienced racism due to the perceived origin of COVID-19. As a result, anyone who looked Asian became the target of verbal abuse and other violence.

It is in times of crisis that the freedoms we take for granted and cherish can quickly be eradicated by the actions of those who want to blame and expose hatred towards people because of their ethnicity.

Many Russian-Canadians condemn Putin’s actions and express their loyalty to Canada. But unfortunately, not all Canadians will appreciate it. There will likely be attacks on Russian-Canadian institutions and individuals because it becomes a “blame game”.

Unlike Japanese Canadians, today we have the Charter of Rights and Freedoms which will provide some protection against serious violations and interference.

But this is no consolation for the victims of racism.