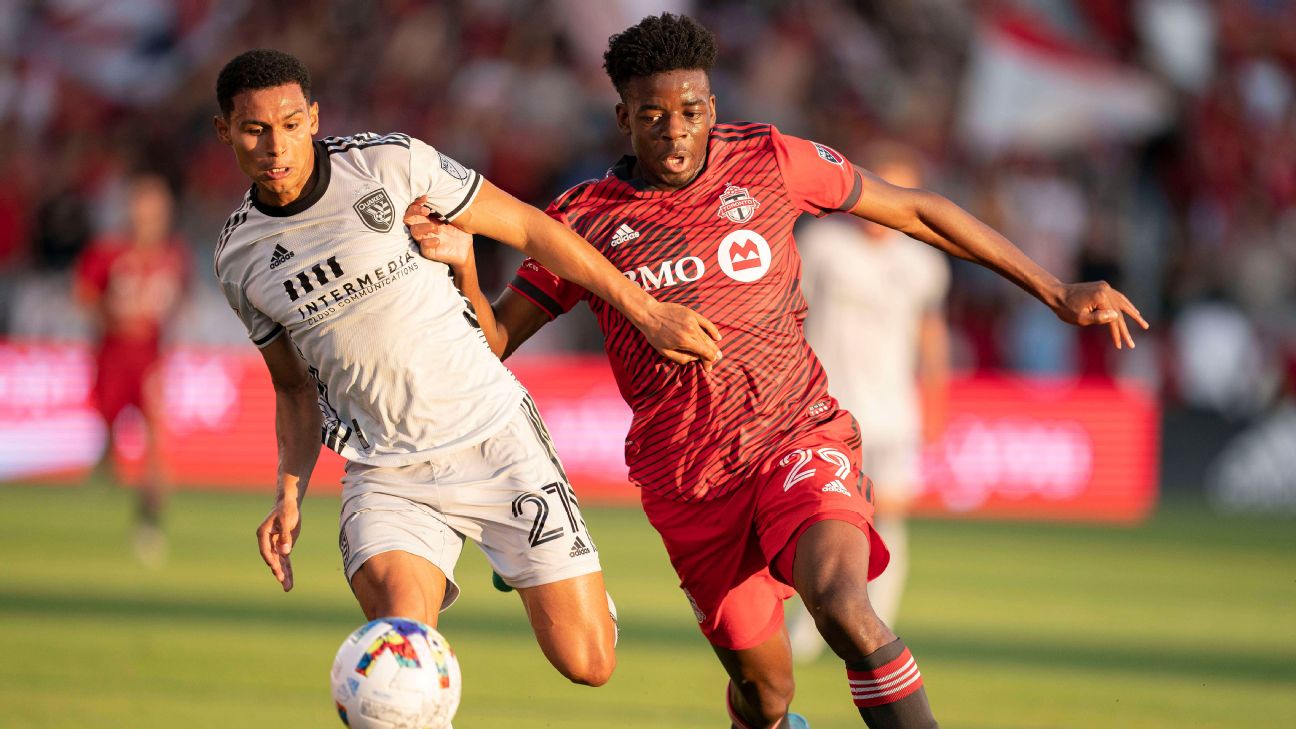 By Lillie D. Montgomery On Jul 10, 2022
Share
Jack Skahan scored the tying goal in the second minute of second-half stoppage time to give the visiting San Jose Earthquakes a 2-2 draw against Toronto FC on Saturday night.

The tally was the first for Skahan in 13 career MLS games.

– MLS on ESPN+: Stream live games, replays (US only)

Deandre Kerr and Jonathan Osorio scored goals four minutes apart in the second half to help Toronto FC take the 2-1. But the Reds (5-10-4, 19 points) couldn’t protect the lead.

The contest was the first for Toronto since trading 2020 MLS MVP Alejandro Pozuelo with Inter Miami CF on Thursday.

In stoppage time, Ebobisse had a good chance on his second goal, but Toronto goalkeeper Quentin Westberg made the save on the right-footed shot from close range.

Toronto was unable to clear the ball and Jackson Yueill spotted Skahan, who drilled a right foot past Westberg to level the game.

Toronto held on to a 16-9 shot lead and had six on target to San Jose’s three. Earthquakes keeper JT Marcinkowski made four saves while Westberg only made one.

Toronto struggled to get the ball past Marcinkowski for the first 70 minutes.

But Osorio passed the ball to Kerr with plenty of free space in the 71st minute. Kerr sailed down the right side and headed inside. As two earthquakes came, Kerr split the pair with a powerful left-footed shot that went past Marcinkowski and into the left corner of the net for his third goal of the season.

Four minutes later, Kerr was in possession of the ball and his pass briefly touched the foot of Earthquakes defender Judson. Osorio was ready for the ball and knocked it down past Marcinkowski to give the Reds the lead.

The Earthquakes took a 1-0 in the 26th minute after Benjamin Kikanovic fed Ebobisse with a short pass. Ebobisse then sent a right foot past Westberg and into the left corner of the net for his 10th goal of the season.

Toronto had chances to tie the score late in the first half but couldn’t. Kerr’s left-footed boot was saved by Marcinkowski in the 44th minute, and a minute later his header hit the crossbar and fell high above the net.