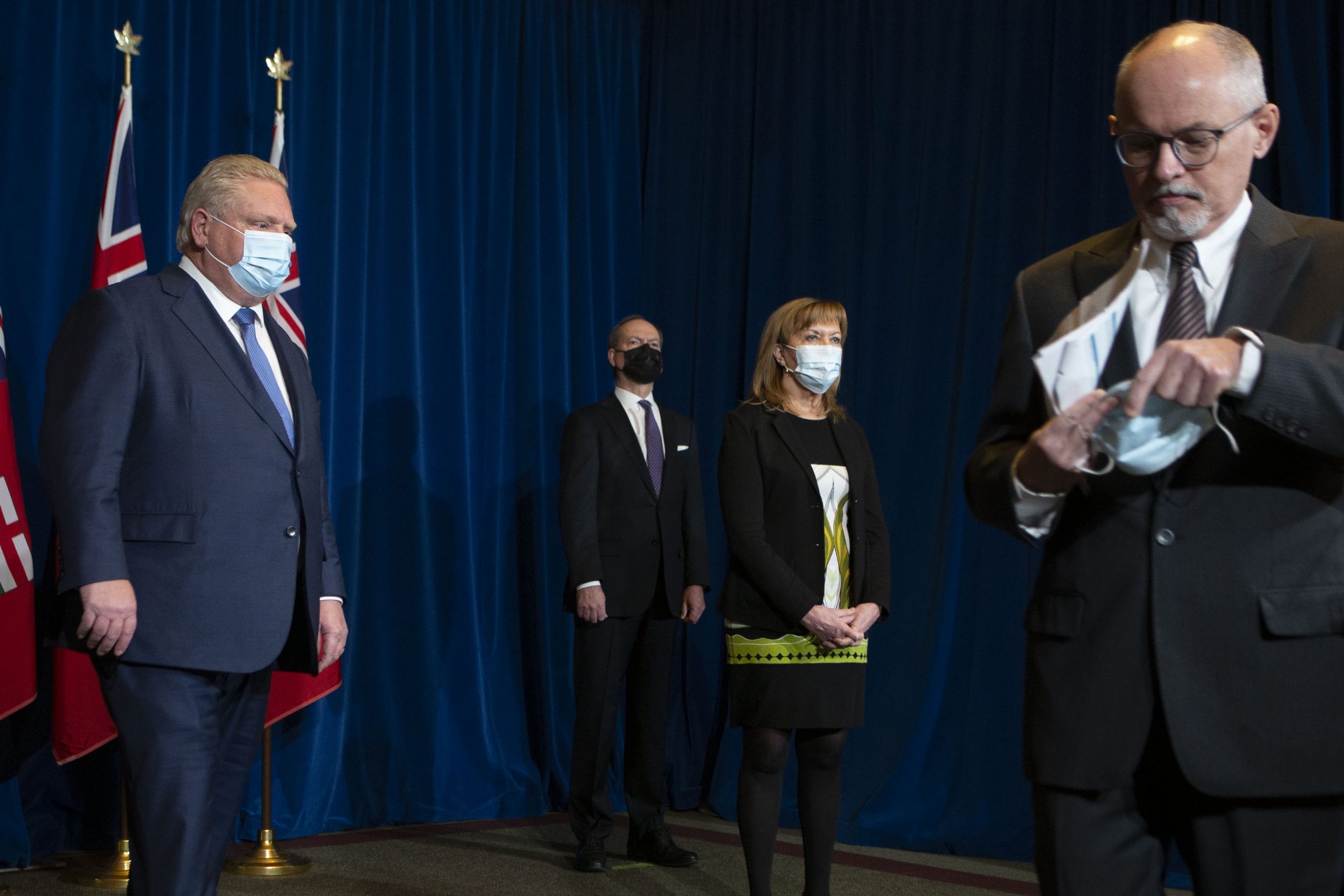 Punitive: This was the blunt but precise description of Quebec’s proposal to tax the unvaccinated. The word was used by Ontario’s Chief Medical Officer Kieran Moore on Wednesday when he explained why he would not recommend Ontario follow Quebec’s lead.

Ever since federal Health Minister Jean-Yves Duclos proposed making vaccines mandatory last week, provinces have been asked if they would agree to take such a step. The premiers of New Brunswick and Newfoundland and Labrador have been open to the idea, but it was Quebec’s François Legault who announced a new policy on Tuesday.

Legault said he wanted a significant penalty for any unvaccinated adults with details to come later.

“Right now, these people represent a very significant burden for our health network. I think it’s normal for the majority of the population to demand that there be a consequence,” Legault said.

Notice his choice of words. For Legault, it’s about punishment, not public health.

“Do you think this is something Ontario should consider? And is there any public health value in a measure like that? a reporter asked Dr. Moore from Ontario to Toronto on Wednesday.

His answer was clearly no.

“We have never made this recommendation to the government throughout this pandemic. It’s not the one we would suggest. It seems, in my mind, punitive,” Moore said.

He noted that the only public health advice on mandatory vaccines was for nursing homes.

“It was only in the most risky setting that we imposed it, and it was in long-term care facilities where we all realized that the increased mortality rate, the increased risk of ‘Severe outcomes had to be balanced by maximizing vaccination,’” Moore said.

The reason Moore’s rejection of the idea should carry weight is because he’s the medical expert. He was asked if this measure had a public health value and answered no. There are many legal, constitutional and even moral arguments against making vaccines mandatory, but this is one public health expert who says no. He fully supports the vaccination program, but he can see that it is not the way to go.

Compare that to our prime minister, who repeatedly wavered when questioned before tacitly endorsing Legault’s plan.

“Different jurisdictions make different decisions about how to encourage people to get vaccinated, and as the federal government, we will continue to be there to support them in those decisions and to make sure everyone gets vaccinated. “, Justin Trudeau told a news. conference in Ottawa.

Fortunately, Premiers Doug Ford in Ontario, Jason Kenney in Alberta and Scott Moe in Saskatchewan have all said no to this concept, which is more about punishment than public health. But the pressure on the provinces to adopt such measures will continue.

One question that needs to be asked is why any province would follow Quebec’s lead on anything during this pandemic. Quebec has the worst record in the country, no matter how you slice it.

Their death rate per 100,000 population is 140, double that of Ontario, almost double that of Alberta and nearly triple that of British Columbia. The per capita infection rate in Quebec throughout the pandemic is also the highest.

It’s not just because of their horrible first wave. It’s the same now with higher case and death rates.

There are medical reasons for not introducing the anti-vax tax as well as legal and moral reasons. There is also the practical matter that Quebec’s draconian measures have produced the worst results.

The question should not be to follow Quebec. It should be: Why would anyone do it?