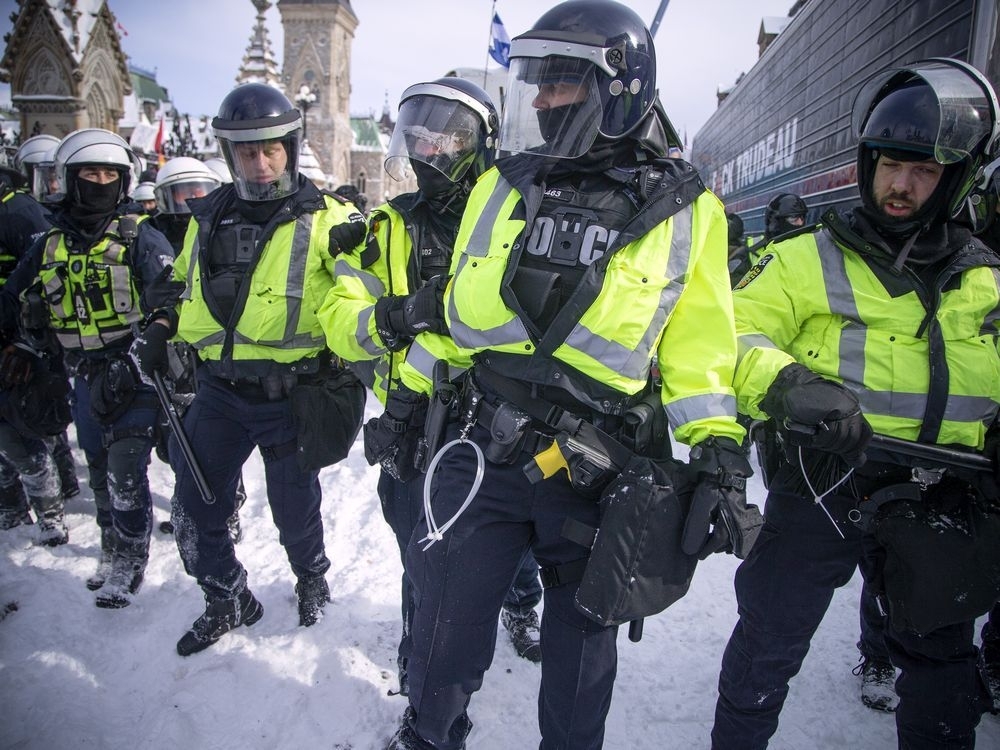 We’ve seen the Trudeau government’s playbook for the Emergencies Act investigation: Don’t deny the freedom convoy didn’t meet the threshold set out in the law, just use a different measuring stick .

CSIS Director David Vigneault did so on Monday morning during testimony before the inquiry, saying he was taking a broader view than that required by law.

We learned last week that Vigneault had written an analysis that the convoy did not meet the definition of a threat to national security as defined by law. He also said invoking the law could lead more people to hold extremist views.

However, on Monday, we also learned that Vigneault recommended using the Emergencies Act after hearing from government and Justice Department lawyers.

Indeed, Vigneault, the head of CSIS, joined other senior bureaucrats in rewriting the Emergencies Act to justify its use after the fact. While the Emergencies Act specifically states that a public order emergency must be a threat to national security as defined by Sec. 2 of the CSIS Act, Vigneault called it obsolete.

“This provision was enacted almost 40 years ago and there is a need for a mature public discourse around the reform of national security legislation,” Vigneault said in a statement released to the inquiry previously and filed on Monday.

Vigneault’s testimony, however, shows that he works closely with other senior officials.

It was Rob Stewart, the former Deputy Minister of Public Safety, who began to make this argument that the government was using a different definition of a national security threat, that it had other evidence not tested against the legal threshold.

Last week, in addition to CSIS’s report that the threshold had not been met to invoke the law, RCMP Commissioner Brenda Lucki testified that the RCMP did not believe the law was necessary. Rather than listen to Canada’s main national security agencies, rather than look at the definitions set out in the act, the government looked elsewhere and invented its own definition.

National Security Advisor Jody Thomas called CSIS’s definition “very narrow and outdated.” Janice Charette, the Clerk of the Privy Council and Canada’s top civil servant, said the government did not need to ask CSIS and was considering a broader definition than the law.

Monday afternoon was the message delivered by Minister Bill Blair.

Blair spoke about the impact of the protests in Ottawa and elsewhere on this country’s infrastructure and economy to justify invoking the law. The problem is that these are not grounds for invoking the Emergencies Act under the law as it is currently drafted.

The law is very strict.

To invoke a public order emergency, there must be a threat to national security as defined in Sec. 2 of the CSIS Act. Economic concerns and threats to infrastructure may need to be included in legislation, but these concerns are not currently enshrined in legislation.

The Emergency Measures Act grants the government sweeping powers – enough to seize the bank accounts of individuals. These powers should not be granted lightly.

The Trudeau government clearly did not meet the threshold when it invoked the law, and now it is seeking forgiveness rather than permission.