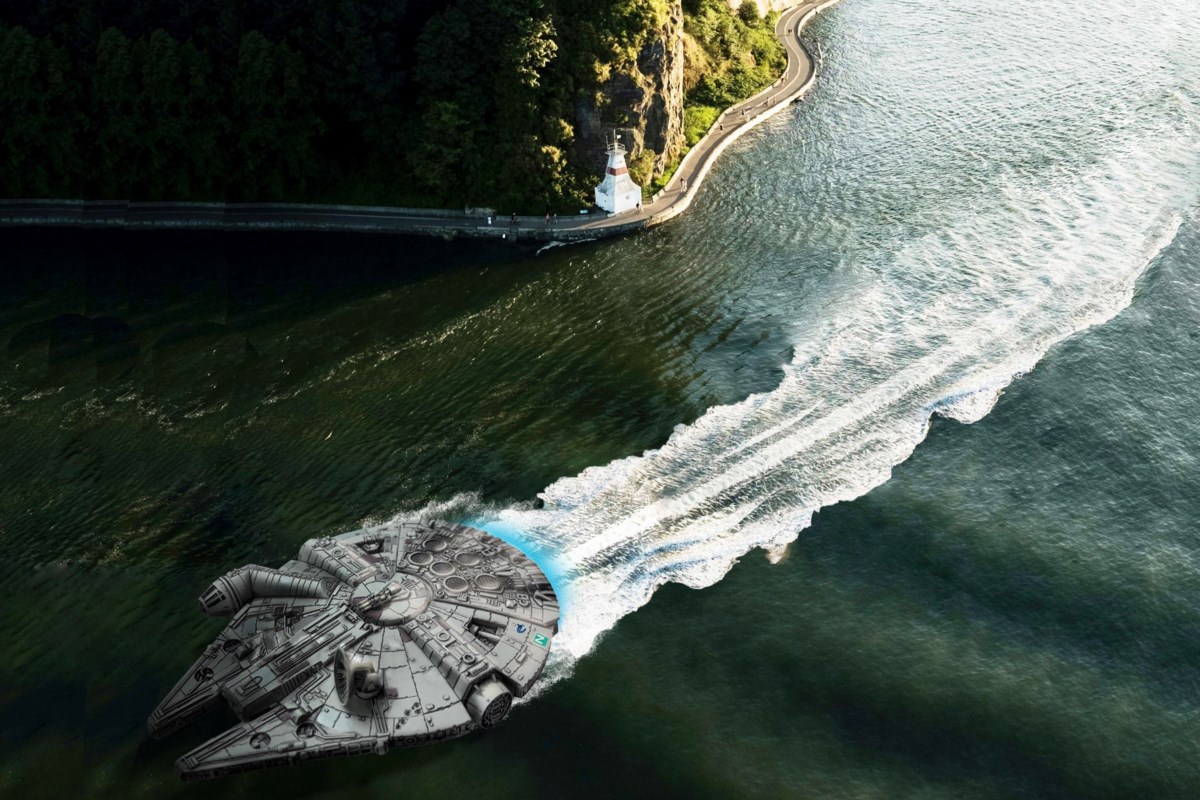 Emerging from a galaxy far distant, one of science fiction’s most iconic spaceships has made an emergency landing on the water here in Vancouver.

Well, maybe not, but local artist David Aste certainly did. see in this way. In his most recent work, Aste showed what Han Solo’s ship, the Millennium Falcon, would look like if it passed through Stanley Park just off Prospect Point. If you look closely enough, there are a few additions to the Falcon that will make you feel right at home in Vancouver.

This isn’t the first time Aste has brought a Star Wars ship to life in Vancouver. Last month he showed what a 1,600m-long Imperial Star Destroyer hovering over the city would look like.

These renderings will eventually become part of a 10-part series that Aste is working on about the artist revealed in a message to Vancouver is awesome.

“The idea is to show what it would be like if instead of another distant planet, it was Vancouver that was the center of the action,” said Aste.

So who knows, maybe we’ll see the Death Star rise like a second moon above the horizon, or maybe an Imperial landspeeder ripping through the woods of Stanley Park. Either way, you can keep up to date by following Aste on his Instagram account @davidaste.