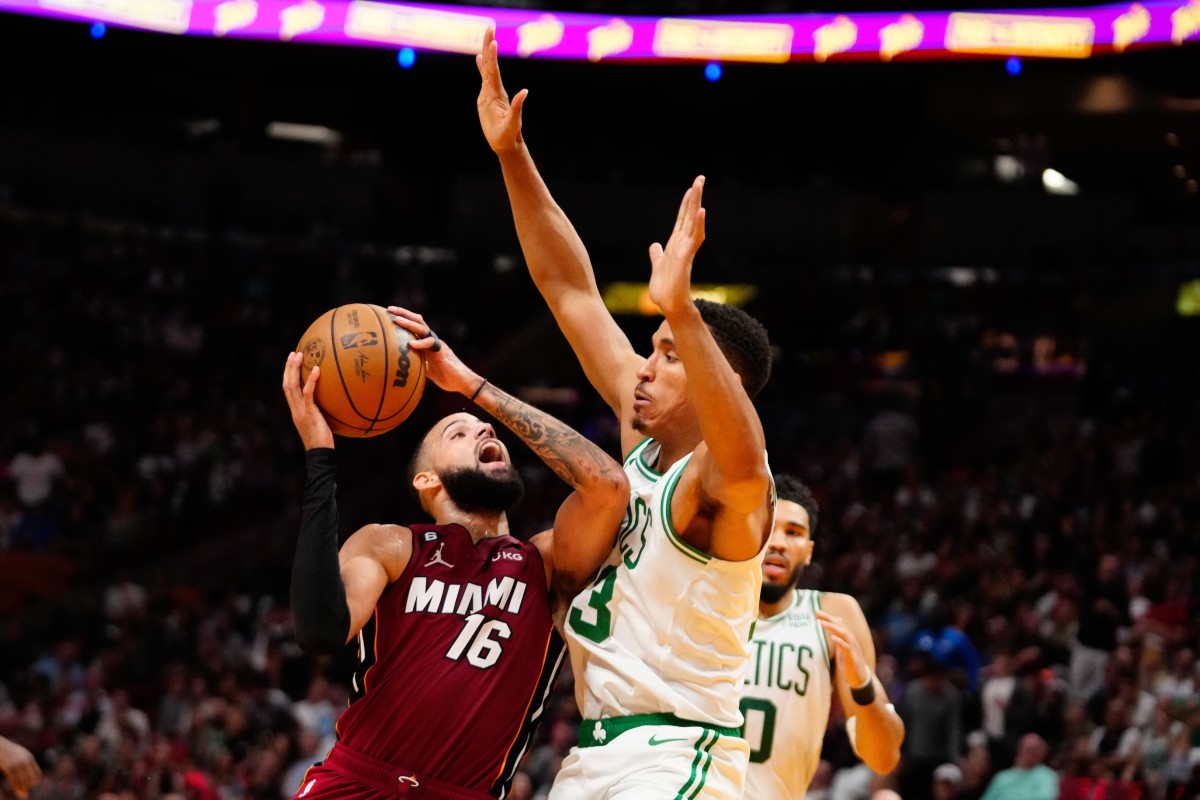 Miami Heat forward Caleb Martin has spoken about his one-game suspension due to an altercation in Saturday’s game against the Toronto Raptors.

Martin said he was “embarrassed” by her behavior.

“I didn’t really expect something like this,” Martin said. “I knew they were going to look into everything and find out the appropriate consequences. I don’t disagree with that.”

“I was embarrassed last night,” Martin said. “I was embarrassed this morning by the way I handled things because I pride myself on being more professional than that. Anyone who plays sports knows their emotions run high, especially at the highest level. Sometimes that overflows.”

Here is the official NBA release:

“Miami Heat forward Caleb Martin has been suspended one game without pay for causing an on-field altercation by taunting Toronto Raptors center Christian Koloko and then tackling him in the spectator stands, and Koloko was fined $15,000 for catching Martin during the altercation, it was announced today by Joe Dumars, executive vice president, head of basketball operations.

Heat forward Nikola Jovic was also suspended one game without pay for coming off the bench and entering the altercation. The incident, for which Martin and Koloko each received a technical foul and were sent off, began when players became entangled as they battled for rebound position. The incident happened with 7:46 remaining in the third quarter of the Heat’s 112-109 win over the Raptors at FTX Arena on Oct. 22.

What Erik Spoelstra likes about Caleb Martin as a starter. CLICK HERE

Check out some of the latest Heat apparel. CLICK HERE

For questions about Heat or NBA, please email [email protected]