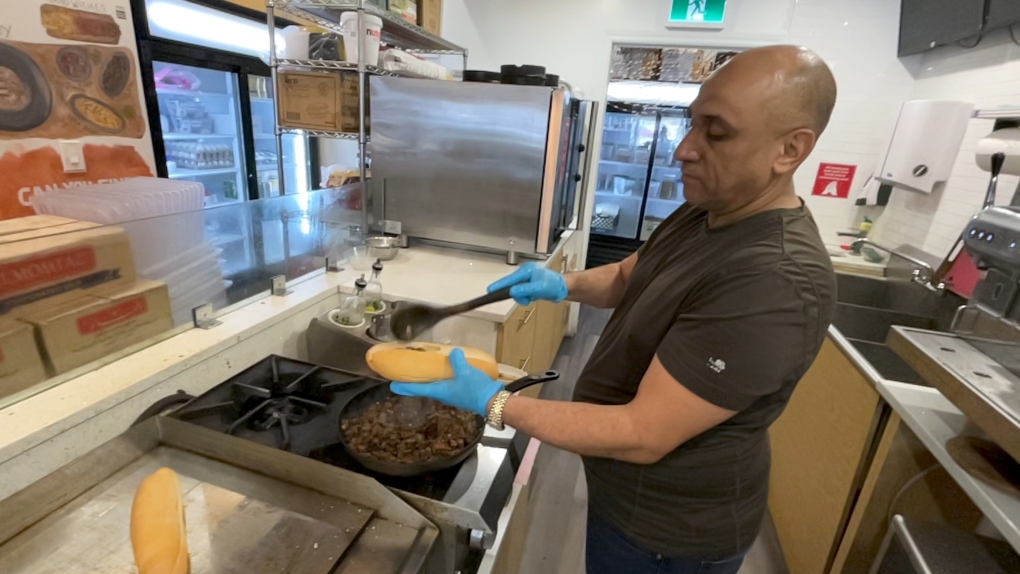 During Ramadan, many Muslims fast during the day and only eat at night. In previous years, there were few to no after-hours dining options, until now.

“We have changed our calendar to accommodate people who are fasting,” Bazara explains.

For the past few weeks, it has kept its doors open at night so that those celebrating Ramadan have a place to congregate and eat once they can break their fast.

“We must fast from the time the sun rises until the time it actually sets,” says Bazara

Its restaurant is open during the day to the general public until 4 p.m. Bazara then reopens its doors at 10 p.m. and remains open until 3 a.m.

“Usually around this time the place here is very busy,” says Bazara. “Because they come and they socialize. They have the Middle Eastern profile or atmosphere that they can appreciate.

3Cents Café isn’t the only place changing its hours for Ramadan. Phynicia in Barrhaven is also open at night to accommodate the needs of its Muslim guests.

“They feel like they’re back home,” says Phynicia director Ossama Al Bardan. ” It’s going very well. Everyone is there, it’s very busy every day. It is very good.”

Those who observe Ramadan usually have a late night meal called Suhoor. Then they can’t eat until sunset the next day.

“We don’t offer heavy food,” says Al Bardan. “When you wake up in the middle of the night and want to eat, you don’t really feel like eating anything heavy.”

Due to the pandemic, this is the first time these two restaurants have been able to celebrate Ramadan with customers, in person. And they make the most of it.

“In the Middle East, everyone cooks the same dishes with their own tweaks or spices,” says Bazara. “And that’s what we did here.”

The last day of Ramadan is Sunday.