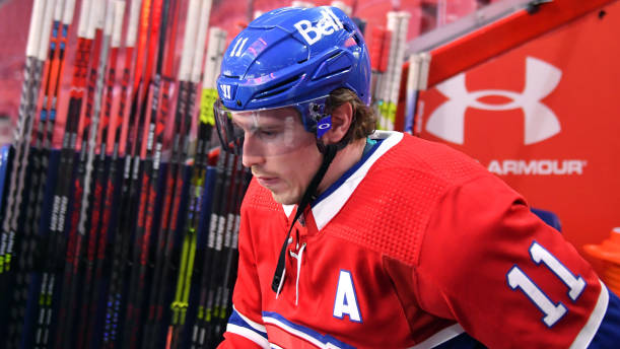 The Montreal Canadiens saw their winless skid extended to six games in a 6-3 loss to the Columbus Blue Jackets on Sunday.

The Canadiens had just five points in January and are currently last in the NHL after reaching the Stanley Cup Finals last year.

With the playoffs completely out of sight for Montreal, the forward Brendan Gallagher said the team must keep fighting as the campaign continues.

“Losing isn’t easy,” Gallagher said after Sunday’s loss. “Obviously the expectations are different right now compared to the season or any other season. It doesn’t change the fact that you want to win hockey games. It’s frustrating.

“You want to be able to leave the rink feeling good about yourself and when you lose you’re looking for solutions, and it’s not there. But we’re going to keep working, keep trying to find that environment. The One What you can never lose, it’s your culture.As soon as losing seems normal or you’re insensitive to defeat, you’re probably playing the wrong sport.

“At the end of the day, I have to follow the game that’s in front of me,” Ducharme said. “Our goalkeepers are part of the solution, so they can bring energy in a different way than the players in front of them. Everyone must do their job. »

The Canadiens now have a week off before returning to the ice Feb. 8 against the New Jersey Devils. Ducharme said he hoped the Canadiens would get some relief on the injury front by then.

“Obviously we would have liked to end on a different note, but it will be nice to have some time,” said Ducharme. “Maybe we’ll have some returning players after the break. We’ll see, but it can be positive.”

9 Exciting Toronto Attractions You Can Finally Visit Again This Week