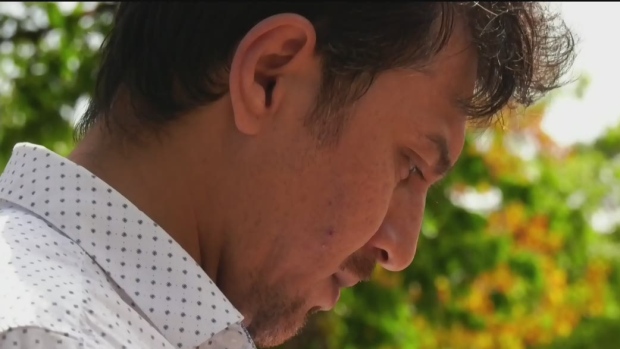 Montrealer impatiently awaits news of his sister trapped in Afghanistan

MONTREAL – Canada has halted its evacuation efforts in Kabul, leaving behind many Afghans who aided the military, including the sister of a Montrealer, who it says is in danger.

Sayed Eiraj has been glued to his phone for weeks awaiting news of his sister, who is currently in hiding in Afghanistan.

Eiraj said her sister was already known to the Taliban, and for security reasons CTV News kept her identity anonymous.

Eiraj said after NATO launched a military school for women in Afghanistan and her sister was the first commander and trainer for the girls.

Her brother said she had spent the past decade leading a military recruiting program for Afghan women working closely with NATO forces, as well as the Canadian and US military.

The work, Eiraj said, has made her a target, and she is running out of time before the Taliban find her.

“I can’t imagine if the mission ends and my sister still stays in Afghanistan,” he said.

When he first heard that the Taliban had taken control of Afghanistan, he started calling MPs and filling out the paperwork needed to bring his sister back.

He said he hadn’t heard anything yet.

“I haven’t received any type of email showing that they are helping save my sister,” Eiraj said. “I submitted visas, passports and medals.”

He just wants to know why Canada hasn’t already helped her leave the country.

“She always told me that the support is with us, NATO is with us,” he said. “It’s a strong system and we believe in their promises. Now where is this promise? ”