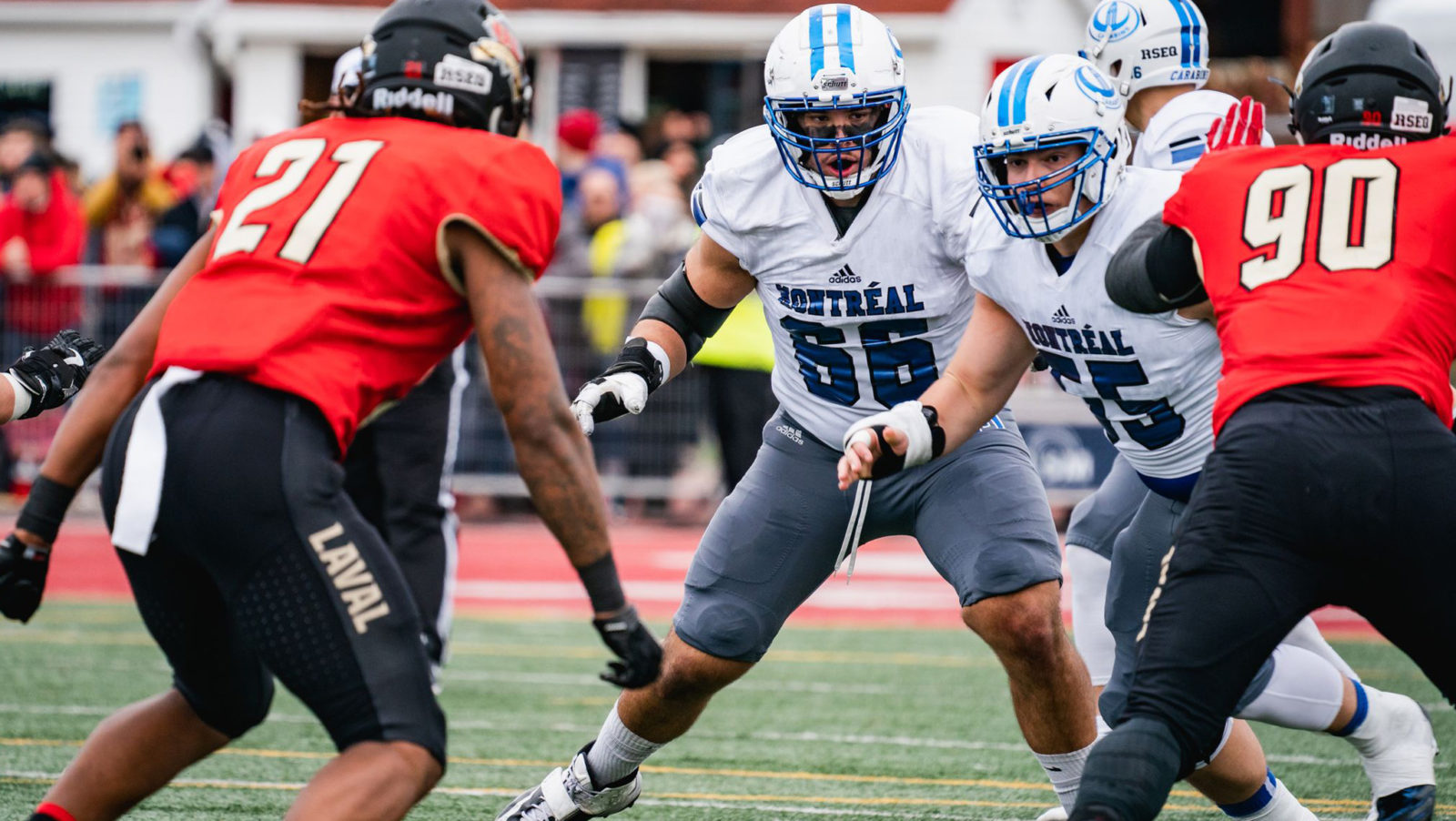 Montreal, July 31, 2022 – National offensive lineman Pier-Olivier Lestage has signed an agreement with the Montreal Alouettes. He joins the team after spending more than a year in the NFL on the Seattle Seahawks’ training roster. He played three exhibition games with them in 2021. Ballast (6’3″, 310 pounds) was selected in the second round by the Alouettes in the 2021 CFL Draft (10th overall). The former University of Montreal Carabin signed with the Seahawks after the NFL Draft in May 2021.

The 24-year-old played three seasons with the Carabins. In 2019, he was named an RSEQ First Team All-Star and a Second Team All-Canadian. In 2021, the native of Saint-Eustache, QC participated in the Tropical Bowl in Florida and the Gridiron College Showcase in Texas.

“We are very pleased with this addition. There is no doubt that Pier-Olivier will solidify our offensive line,” said Alouettes general manager Danny Maciocia. “We thought his selection was a calculated risk because of the NFL, but we now realize that this choice could pay off for us.” Maciocia knows Lestage well since he was his coach with the Carabins.The Alouettes also announced that they have added American defensive tackle Mustafa Johnson and national linebacker Eric Mezzalira to practice.Johnson (6’2″, 290 pounds) burst onto the scene his freshman year with the University of Colorado Buffaloes in 2018 when he led the team with 8.5 sacks and received a first-team All-Pac-12 nod by the PA. He finished his college career with 17 sacks, 122 tackles, and 31 tackles for one loss in four seasons. He was invited to training camp for the Atlanta Falcons in 2022. Mezzalira (6’0″, 225 pounds) recorded 11 special teams tackles in 22 games over two seasons with the Calgary Stampeders, who drafted him in the second round (17th overall) in the 2018 CFL Draft. He helped the team win the Gray Cup in his rookie season. The Hamilton, Ont., native spent the 2021 season on the Toronto Argonauts sparring roster before attending training camp with the Winnipeg Blue Bombers in the spring of 2022.