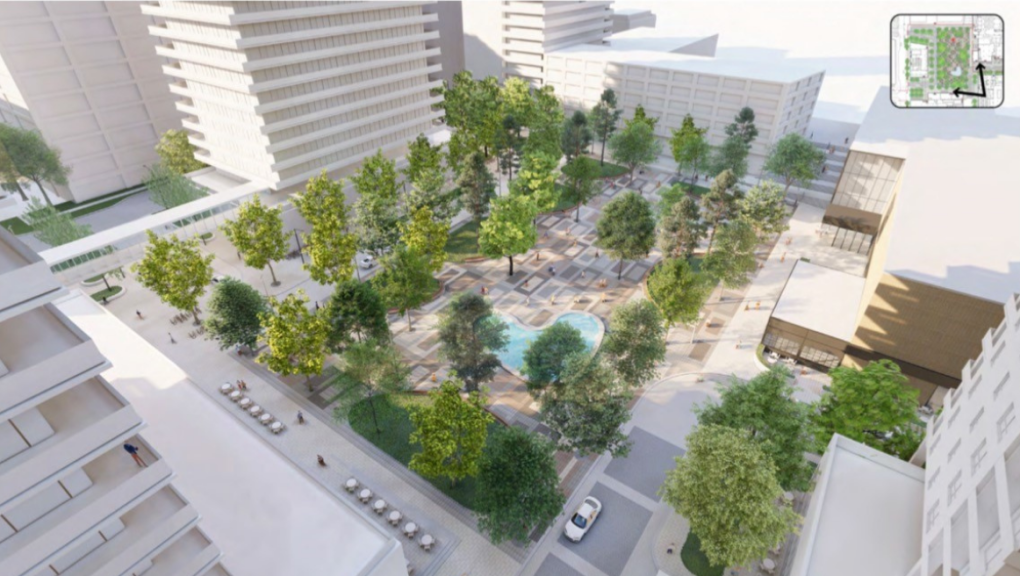 A controversial West Island development in Montreal is on the verge of becoming a reality, which could mean the construction of three nearly 30-story towers this fall.

Pointe-Claire council recently excluded a 900-car parking lot from a zoning freeze, meaning the land in question could look very different to some residents.

“This is the biggest project the West Island has ever seen, and it needs to be done right, with a lot of our questions answered,” said Geneviève Lussier of Save Fairview Forest.

Some Pointe-Claire councilors say a semi-formal deal has been in the works since 2018.

“As I explained at the meeting, the city had been involved in discussions with Cadillac Fairview for years,” the councilman said. Brent Cowan.

Cowan said there could be legal ramifications if the project is stalled, although Cowan said the city council was in the dark about the deal.

“Council was unaware of the involvement of the City of Pointe-Claire and Cadillac Fairview until we passed the control resolution in February,” said Cowan, who is one of the councilors. who voted to exclude the project from the development freeze.

Some construction opponents say it is unclear what the legal ramifications, if any, would be if the council votes to block the project.

“We understood that Cadillac Fairview wouldn’t sue us, that they wouldn’t have a lawsuit,” Lussier said. “That was our understanding.”

Cadillac Fairview did not respond to CTV News’ requests for comment.

Meanwhile, opponents want more consultation before it is finally cleared.

“It gives us time to do a number of things — traffic studies, economic impact studies, environmental studies,” said City Councilor Bruno Tremblay, who wants more time to discuss the project before going. forward.

Cadillac Fairview also owns the woods next to the mall, but those woods, for now, are protected as part of the zoning freeze.

“For some people it’s just a good place to get out of the house and get away during a COVID pandemic for example and have a place to walk around and relax,” Tremblay said.

He said the development of the mall would have a dramatic effect on nearby residents.

A public meeting will be held on Saturday to discuss the project.

If approved, construction could begin in September.

26 spring and summer markets to check out in Greater Vancouver