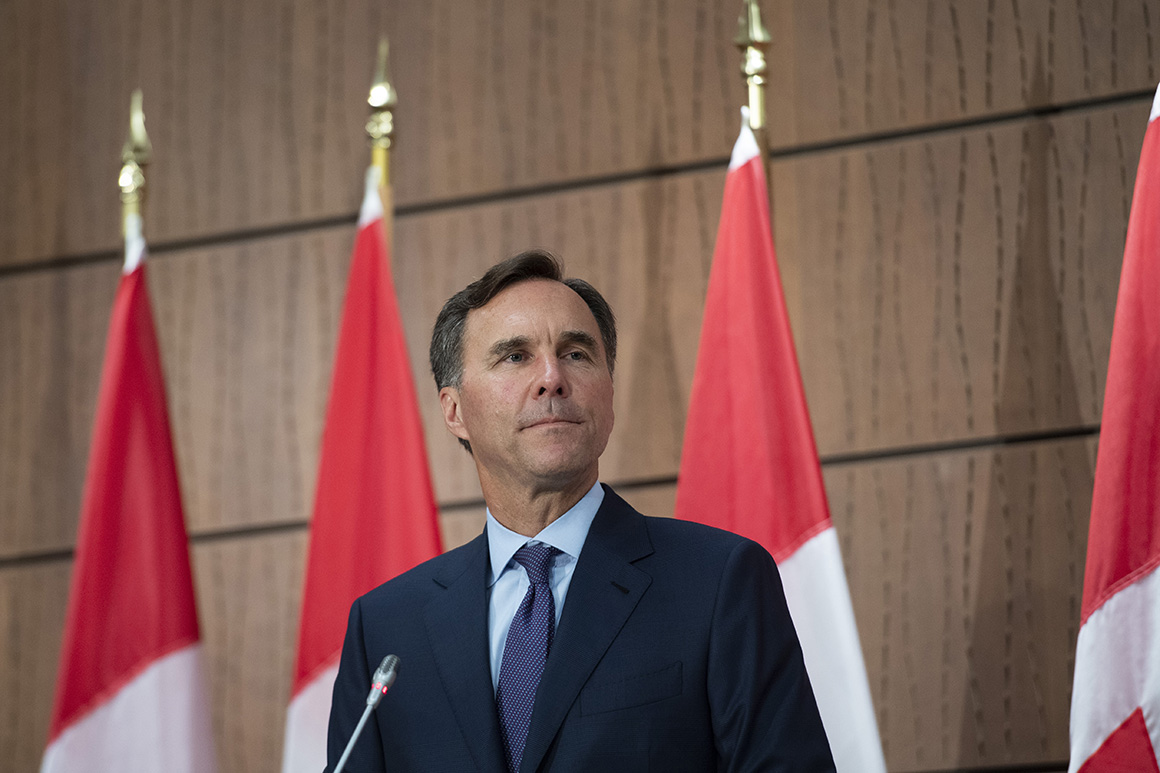 “There really isn’t a sense of urgency in Ottawa about our lack of competitiveness… It’s not that it’s one of the big problems facing the Canadian economy, it’s that it’s is our fundamental problem. Nothing else can be solved if we don’t put this problem first.

Morneau’s direct and public criticism of the Trudeau government marks a startling change for someone who for nearly five years was one of the most powerful figures close to the prime minister.

His address offered extraordinary insight into the tensions behind the corridors of power in Canada.

Elsewhere in the speech, Morneau lambasted his critics – and said that sometimes his problems were created by those on his side.

There had been signs of significant differences between Trudeau and Morneau. At the time of Morneau’s resignation, the media reported a schism between them over such important issues as Covid-19 emergency spending.

During his Wednesday speech, Morneau said many of his initiatives — including policy recommendations presented by his council of economic advisers — were never acted upon because they had become too “politicized.”

“I had a hard time getting our government to focus on the need for sustained economic growth because it was constantly crowded out by other things that seemed more politically urgent, even if they weren’t really that important” , did he declare.

Morneau, who was executive chairman of Canadian human resources giant Morneau Shepell before entering politics in 2015, also focused on recent policy decisions by the Trudeau government.

For example, he said it’s “disconcerting” that the government has made new commitments to public dental care while a long-promised national pharmacare plan remains unresolved.

Morneau resigned in August 2020 as the country was in the midst of the economic fallout caused by the Covid-19 pandemic. He was replaced by Deputy Prime Minister Chrystia Freeland, who still oversees the finance portfolio.

His departure came after revealing to a parliamentary committee that he had paid no more than CA$41,000 in travel expenses for trips he and his family took with WE Charity in 2017. Ethics Canada ruled last year that Morneau broke the country’s conflict of interest law in connection with a controversial C$900 million contract awarded to WE.

In his report, Mario Dion says he found an “unusually high degree of involvement” between WE representatives and officials of the Minister of Finance at the time.

During Wednesday’s speech, Morneau offered many recommendations to those still in office.

For example, he urged the government to create a permanent national body that focuses attention and discussion on Canada’s need for economic growth.

Morneau also said Canada’s energy sector must be at the forefront of the global energy transition. The country, he added, should set emissions targets for the resource sector and encourage exports if benchmarks are met.

More generally, he said the country must find a way to depoliticize important public policy decisions.