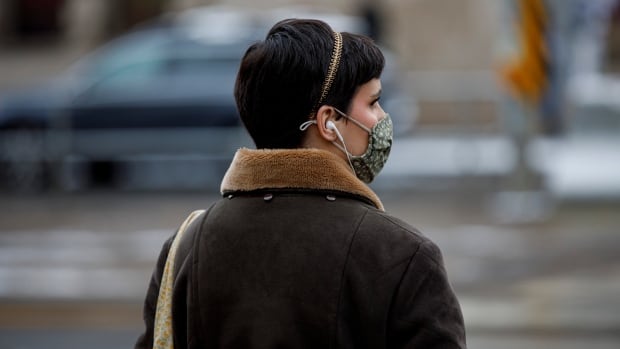 Health Minister Christine Elliott warned at the same conference that the coming months would be “very difficult” hours after the province reported 1,453 new daily cases of COVID-19.

It is also abandoning its tentative plan to end the provincial passport-vaccination program in mid-January and will require all proof of vaccination certificates to include QR codes as of January 4, 2022.

QR codes, deployed a month after a first PDF version of the certificate, would be much more difficult to forge. The province has come under fire in recent weeks for continuing to accept easily photoshopped PDF files.

The province is also moving forward with a plan for medical exemptions for COVID-19 injections to require a certificate with a QR code. A doctor’s note will no longer be acceptable proof for exemptions for companies operating under the provincial regime as of January 10, 2022.

Likewise, the government has said that any child between the ages of 12 and 17 participating in sports or other recreational activities will be required to show proof of vaccination as of December 20.

Cases up 41% from last week

Friday’s case count marks a 41% increase from last Friday and was the highest number of new infections recorded in a single day since May 23, as the third wave of the pandemic slowly declined.

The seven-day average of daily cases has increased to 1,115 and is currently on track to double about every three weeks.

Public Health Ontario today reported a 4.4% positivity rate out of 39,941 tests, by far the highest level in Wave 4 and also the highest one-day rate since May 26.

Still, the load of COVID-19 on intensive care units has remained relatively stable. There were 151 COVID patients in intensive care on Thursday, up from 155 the day before and 17 below the fourth wave peak of 168 reached earlier this week.

School epidemics at their highest

The province reported another high pandemic for school-related outbreaks, with 286, including 257 in elementary schools.

A senior government source told CBC News there are no plans to close schools in the province before winter recess within a week of tomorrow.

During the third wave of the pandemic in the spring, school-related outbreaks peaked at 264 on April 14, two days after the province announced it would close schools in an effort to contain transmission of the virus.

In recent weeks, schools have been the scene of most of the COVID-19 outbreaks in Ontario. In this context, an outbreak is defined as two or more laboratory-confirmed cases in students, staff or visitors where at least one of the infections is epidemiologically linked, meaning that the case has been transmitted within the school, and not in the community at large.

As of Thursday, about 26.4% of the province’s five to 11-year-olds had received a first dose of the vaccine.

Meanwhile, the provincial health ministry also reported the deaths of 11 more people with the disease on Friday, bringing the official toll to 10,065.