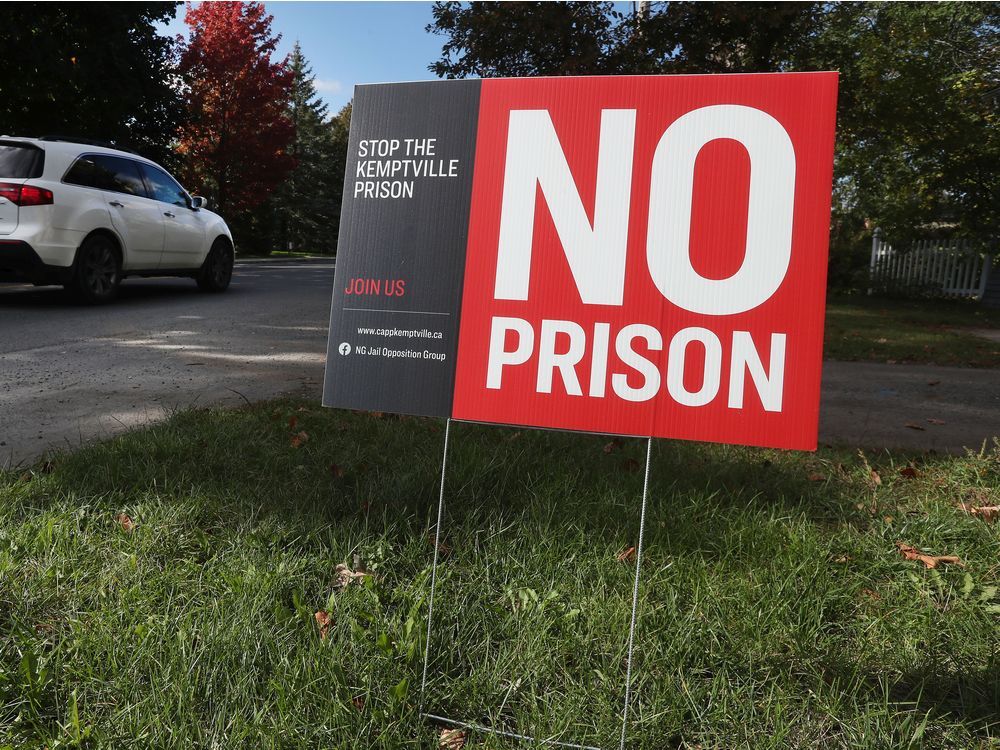 The Ontario Liberal Party wants to “suspend” construction of a new jail in Kemptville.

Kemptville Jail, a 253-bed eastern Ontario correctional complex the government plans to build on heritage farmland formerly owned by Kemptville College, has drawn anger from residents who say they don’t had not been sufficiently consulted on the project before its announcement.

“Obviously, not everything was taken into account,” said Lucille Collard, Liberal MP for Ottawa-Vanier, in an interview Monday. “So I think we have to do our homework before deciding that a prison is really what we need. I think we have to look at all the elements and have a project that makes sense for everyone.

The Liberal Party called for a moratorium on construction of the facility in a press release on Friday “until the government holds a public and stakeholder consultation on whether the construction of a new prison in Eastern Ontario is the best way to use public funds to improve community safety. and explore alternative options.

Kemptville Jail, officially known as the Eastern Ontario Correctional Complex, was announced in August 2020 as part of the provincial government’s plan to modernize corrections.

Critics of the project say it is too far from the Ottawa courthouse and the area lacks the infrastructure needed for a correctional facility. Kemptville residents and city leaders also said the announcement of the facility took them by surprise.

It also sparked a conversation about values: whether to expand correctional facilities or invest in other forms of rehabilitation.

“We don’t need more prisons. We need more mental health services. We need more rehabilitation services. We shouldn’t have to increase the prison capacity we have,” Collard said. “People with mental health issues who end up incarcerated instead of in treatment is a big problem in our society and we need to change direction, we need to address this in a meaningful way, and just put people in jail n is not the solution.”

But the provincial government says the facility is necessary as part of a top-down effort to strengthen the criminal justice system, the solicitor general’s office said in a statement Monday. The Kemptville facility “will better respond to modern planning and design principles, improving the safety of staff and inmates,” the statement said.

The provincial government also sees cost savings by choosing the Kemptville site, which is already owned by the province. “Building on this site provides good value for taxpayers because we are reusing some of the province’s surplus property inventory and avoiding having to purchase private land,” the solicitor general’s office said.

Consultations with Indigenous partners and local stakeholders are ongoing and will continue, the statement added, and an environmental assessment of the project is expected to be completed in 2022.

5 Proven Steps to Improve Your Chances of Getting Credit