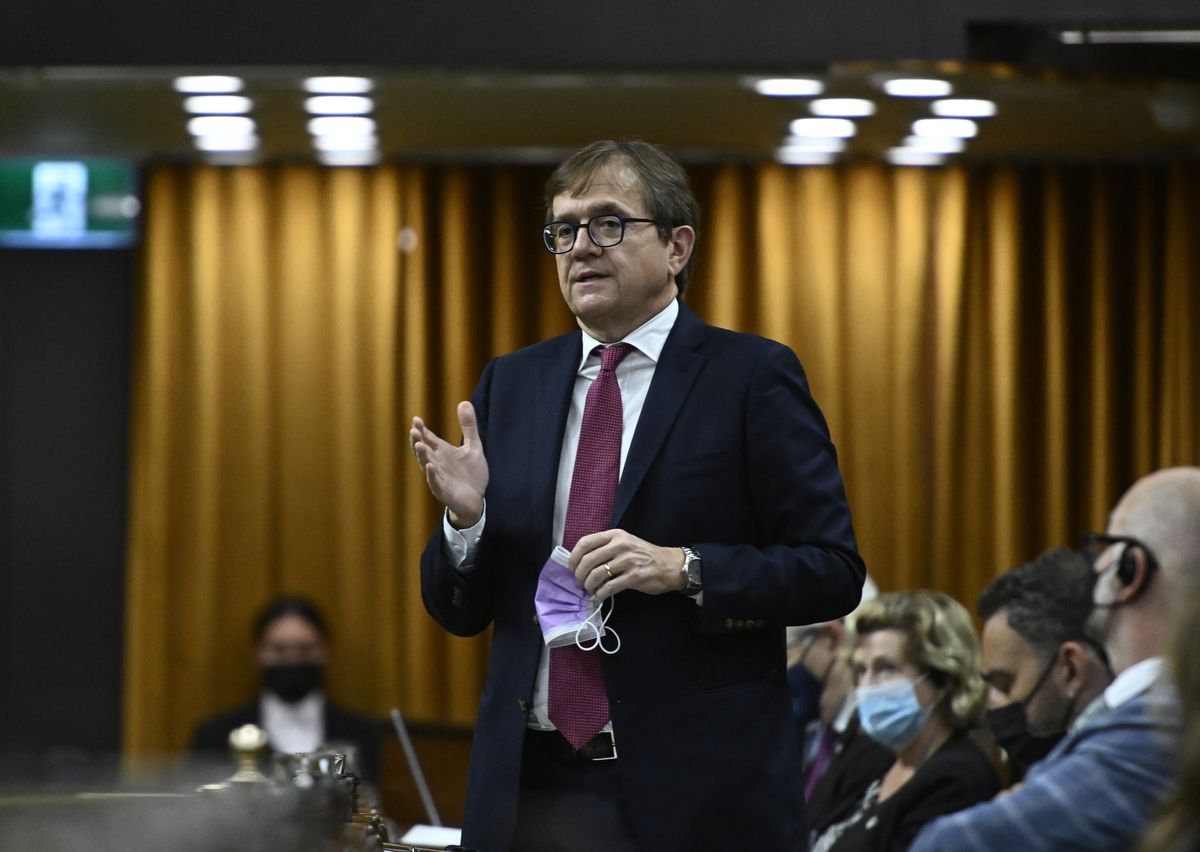 Wilkinson said in an interview that Ottawa facilitates discussions between Canadian energy companies and potential German LNG buyers. But he added that both energy proposals will have to be based on their own merits and go through Canadian regulatory reviews to ensure they meet that country’s climate goals.

“Our view is that the private sector should fund these projects, and it should be done on a commercial basis,” Wilkinson said.

“We are certainly willing to participate in conversations with our friends in Germany who are looking for these types of supplies to ensure that there are long-term agreements, contractual agreements that provide certainty for the private sector.

Following Moscow’s large-scale invasion of Ukraine in February, Europe began scrambling to reduce its natural gas imports from Russia. Last week, German Vice Chancellor Robert Habeck told a crowd at an event organized by the Sueddeutsche Zeitung newspaper that Russia could begin a blockade of the Nord Stream 1 gas pipeline as early as July 11. Germany began preparing for gas rationing this winter.

The two east coast proposals are made by Goldboro LNG of Pieridae Energy Ltd. in Nova Scotia and Repsol SA’s Saint John LNG in New Brunswick. The two companies say they are studying the feasibility of building new LNG export terminals, which would be able to ship gas directly across the Atlantic Ocean to European markets.

Canada currently has no operational LNG export terminals. And there is only one terminal under construction: the LNG Canada project led by Shell PLC, which will ship natural gas in liquid form to Asia from Kitimat, British Columbia. These exports are expected to begin in 2025.

To achieve their terminal dreams, Calgary-based Pieridae and Madrid-based Repsol will need to organize the transport of natural gas from Alberta via a circuitous route to the East Coast. To do this, they will have to negotiate directly with the companies that operate the pipelines.

The pipeline system of TC Energy Corp. in Ontario would require major upgrades and expansions, as would the TransQuebec & Maritimes Pipeline network in Quebec. Calgary-based TC Energy and Montreal-based Énergir each hold a 50% stake in TQM.

TC Energy said in a statement it believes Canada’s LNG could play a vital role in helping Europe wean off natural gas from Russia. “We respond to customer needs and welcome opportunities to collaborate and develop solutions to meet those needs,” the company said. “Energy projects need the support of Indigenous groups, governments, regulators, communities and buyers to ensure projects are successfully completed.

Mr. Wilkinson said the situation for LNG proposals on the East Coast today is very different from that of the Trans Mountain pipeline four years ago.

Kinder Morgan Canada Inc. sold the Trans Mountain project, including its Port of Vancouver terminal and pipeline expansion plans, to Ottawa for $4.5 billion in 2018, after years of failure or blocking energy proposals in Canada.

Timothy Egan, president of the Canadian Gas Association, has written four letters to Prime Minister Justin Trudeau since March in hopes of bringing more attention to Canada’s LNG export opportunities. “While we are ready to deliver, we require assurances from the government that the regulatory process will not delay or impede development,” Egan wrote in his final letter, which he sent on Thursday.

The Sierra Club Canada Foundation and the Council of Canadians, meanwhile, are urging the federal government to reject any new LNG projects in Canada. “Instead of pushing for gas expansion, Canada should step up renewable energy to protect consumer wallets, future-proof our economy and protect our climate,” said Gretchen Fitzgerald, director of national programs at the Sierra Club, in a statement.

Mr Wilkinson said Pieridae and Repsol still have a lot of work to do as they consider how best to build their respective export terminals and how to persuade TC Energy and other companies to make the necessary upgrades. pipeline systems.

The pipeline companies would at a minimum would need to add compressor stations, and would probably also need to install new pipelines in order to meet the additional demand that the proposed terminals might create.

“We’re certainly interested in seeing one of them make a final investment decision and we’re trying to help them reduce the uncertainty around some of the upgrades, for example, that would be required,” said Mr. Wilkinson.

Your time is valuable. Receive the Top Business Headlines newsletter in your inbox morning or evening. register today.