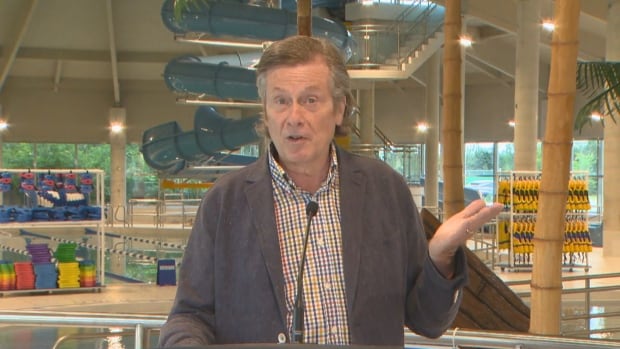 Spending related to the pandemic will leave the city of Toronto with a budget deficit of $ 94 million by the end of the year, according to a new report presented to Mayor John Tory’s executive committee.

And that financial hole could “increase accordingly” if no way to stop the bleeding is found, wrote CFO Heather Taylor in her report, which will be presented to the committee on Thursday.

But Tory said he’s confident the federal and provincial governments will work to fill the shortfall, the bulk of which – around $ 74 million – is due to losses suffered by the TTC.

Ridership and revenues have plummeted at the worst of the pandemic, Tory said.

â€œWhen it comes to the re-elected government in Ottawa, it’s a government that gets cities,â€ Tory said.

“They understand that a large city like Toronto cannot operate with a transit system cut in half because of the slowdown in ridership.”

The report examines how well expenses and revenues match the $ 14 billion operating budget adopted by the board in February.

The conservatives and the head of the budget Coun. Gary Crawford also praised the provincial government for its willingness to help the city cover its costs related to COVID.

â€œWe’re pretty confident that both levels of government will support us,â€ Crawford said. But if that funding does not materialize, he said the city will be able to make up the shortfall by borrowing from next year’s capital budget – a move that could see some upcoming projects delayed or abandoned.

No service cuts, according to the mayor

Crawford said it was too early to say which of those projects could be affected. Discussions on the 2022 budget begin in November.

Whatever happens with funding from other levels of government, Tory said the shortfall will not be made up by cutting services or increasing property taxes beyond the rate of inflation.

â€œThis is a time, during a pandemic, when people need the services the city has to offer,â€ he said.

Tory said city staff “will also continue the heroic efforts of our officials to restrain spending.”

Retail Therapy: Lambert from Montreal moves into a new home in the Plateau district