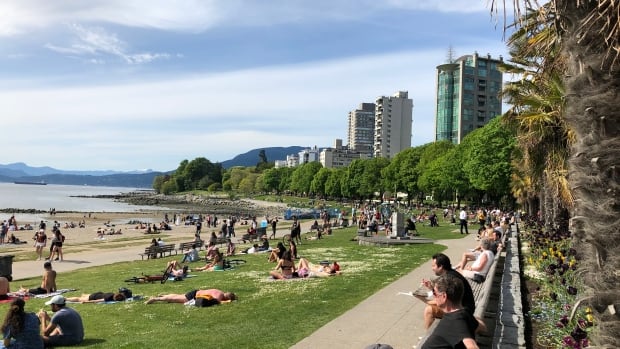 One of Vancouver’s busiest waterfront areas, the West End Waterfront will be undergoing a makeover in the years to come and the public is invited to give the city and the Vancouver Park Board some feedback on what should be included in it. design.

Vancouver Park Board Senior Planner Emily Dunlop says there are no specific designs yet and that she is looking for ideas to make better use of the area.

“For example, English Bay is arguably one of the most used public open spaces we have in the whole city. And so we know it’s already sort of reached its carrying capacity, if you will,” Dunlop said.

She said the design will include ways for the new West End Waterfront to provide more open space and accommodate more people.

She said climate change and predicted sea level rise will be taken into account, as well as the region’s cultural significance for indigenous communities.

“We expect sea level to rise one to two meters over the next 50 to 100 years, according to the latest figures from the BC government.”

Dunlop said the city and the park board are in the very early stages of the project and are in a “listening phase”.

She acknowledged that people have strong feelings about the bustling area which has seen more and more high rise developments in recent years.

“We want to hear from everyone about what they like in space today, what should change in space and what shouldn’t change, what we love about space that we just want to see. continue for the next 30 years. “

Staff will present a concept plan as early as spring 2023, according to a timeline posted on the city’s website.

Quebec will not intervene to stop the increase in Hydro rates