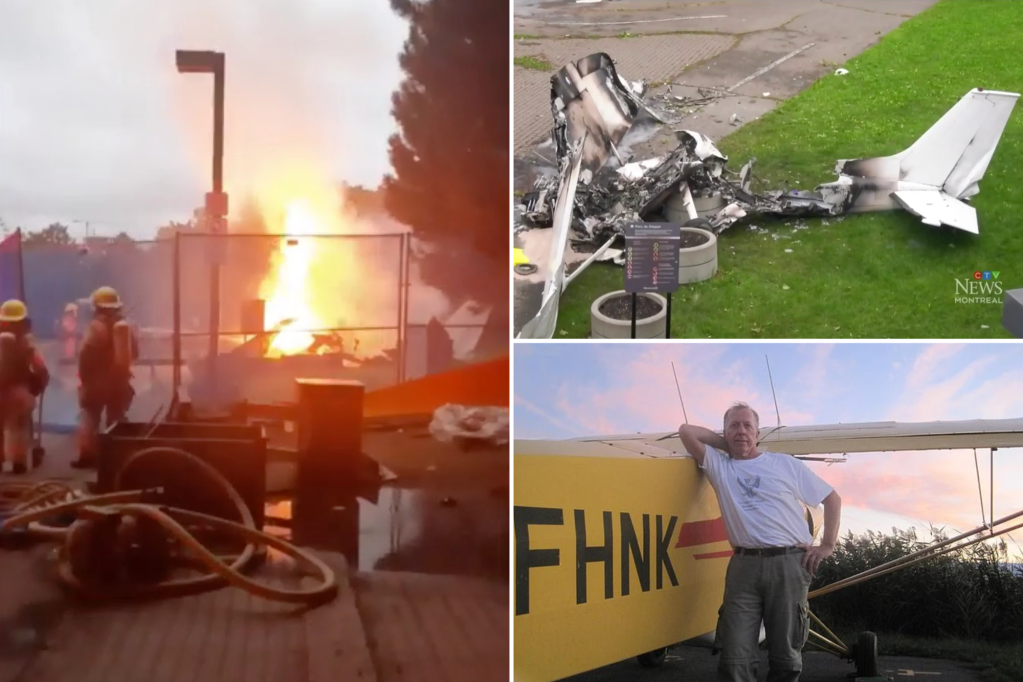 Plane towing “Will you marry me?” a banner crashes in Montreal, killing a

A small plane carrying a “Will you marry me?” The banner crashed in Montreal on Sunday, killing a passenger and hospitalizing the pilot.

The nearly 50-year-old plane – a 1974 Cessna 172 – crashed in Montreal’s Dieppe Park, near Île Sainte-Hélène, at around 6 p.m. on Saturday, where a music festival was taking place, according to reports. information.

The pilot has been identified as Gian Piero Ciambella, owner of Aerogram, an airline advertising agency, according to police.

It is not clear whether the deceased passenger, who has not yet been identified, was the man who intended to propose, authorities said.

Video shows the plane engulfed in a large fireball moments after crashing as first responders rush to the scene, quickly smothering the flames and killing people in ambulances.

Police can be seen scotching nearby streets and patrolling the nearby St.Lawrence River where the marriage proposal sign had fallen.

The cause of the crash has not been determined, but authorities have received reports of engine problems, according to the Canadian Press. The engine was sent to Ottawa for further investigation.

Ciambella is an award-winning pilot, according to CTV, and made an emergency landing on busy Parc Avenue in Montreal after an engine failure using the same plane that crashed on Saturday.

Police said they hope to speak to Ciambella when her condition improves.

“We have not ruled out anything,” Chris Krepski, spokesperson for the TSB, told The Canadian Press.

Toronto Parking Authority workers start the countdown to legal action; The employer has not yet responded to the union’s latest proposals

“Like a wild roller coaster”: Montreal ICU staff tackle the challenges of…

Sales continued to decline in