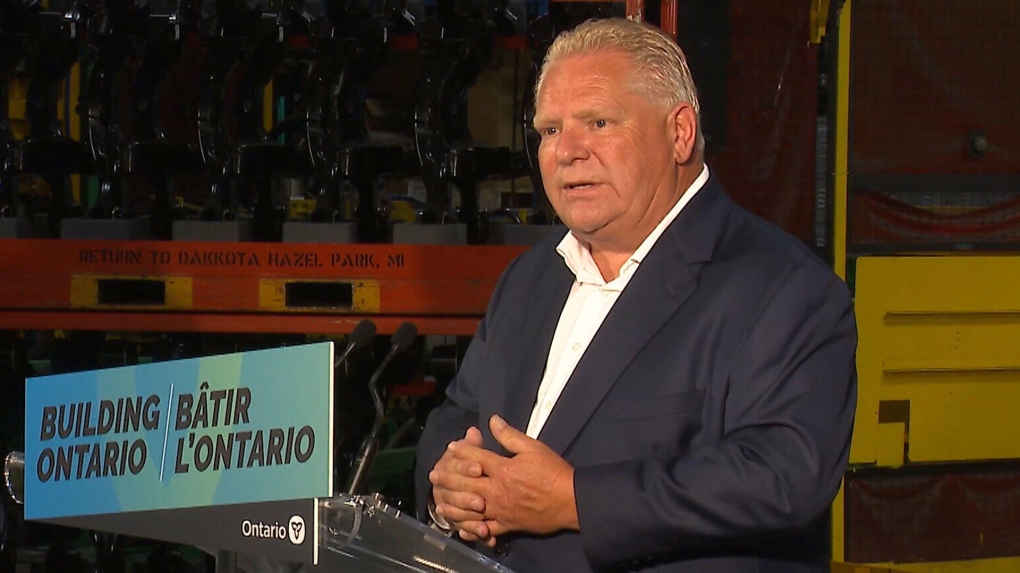 Premier Doug Ford will address municipal leaders in Ottawa this morning during the first full day of events at the Association of Municipalities of Ontario conference.

More than 1,700 representatives representing municipalities and organizations from across the province are in Ottawa for the AMO annual conference, the first in-person gathering of municipal leaders in three years.

The premier is the first of several provincial and federal government officials scheduled to address conference delegates this week. Ford will speak at 10:10 a.m. at the Shaw Center.

In June, Ontario’s big-city mayors called for an emergency meeting with Premier Ford and his cabinet to address “the chronic homelessness, mental health, security and addictions crises” facing Ontario municipalities.

“Municipal governments have stepped up to meet the urgent need for shelters and health services, but that’s the responsibility of the provincial government,” said OBCM President Cam Guthrie, Mayor of Guelph. “The impacts of these issues are felt by our downtowns and communities, creating further devastating impacts on marginalized and vulnerable populations.”

Last week, Ford and his newly elected Progressive Conservative government opened a new session of the Ontario Legislative Assembly with the Speech from the Throne and reintroduced the budget. The Speech from the Throne urged Ontarians to prepare for an economic downturn amid rising inflation, a “growing sense of uncertainty” amid COVID-19 numbers and the war in Ukraine .

Ford and his Minister of Municipal Affairs and Housing may face questions about proposed new “strong mayor” powers for the mayors of Ottawa and Toronto. The legislation would give mayors responsibility for preparing and tabling a municipal budget each year for consideration by council, and new veto power allowing the mayor to override council on matters of “provincial priority”.

The Association of Municipalities of Ontario Conference will hold several sessions during the three-day event to discuss a number of municipal and provincial issues, including climate change, strengthening Indigenous relationships , equitable and inclusive communities, housing affordability, modernizing the public health system, mental health, health and addictions, and economic recovery.