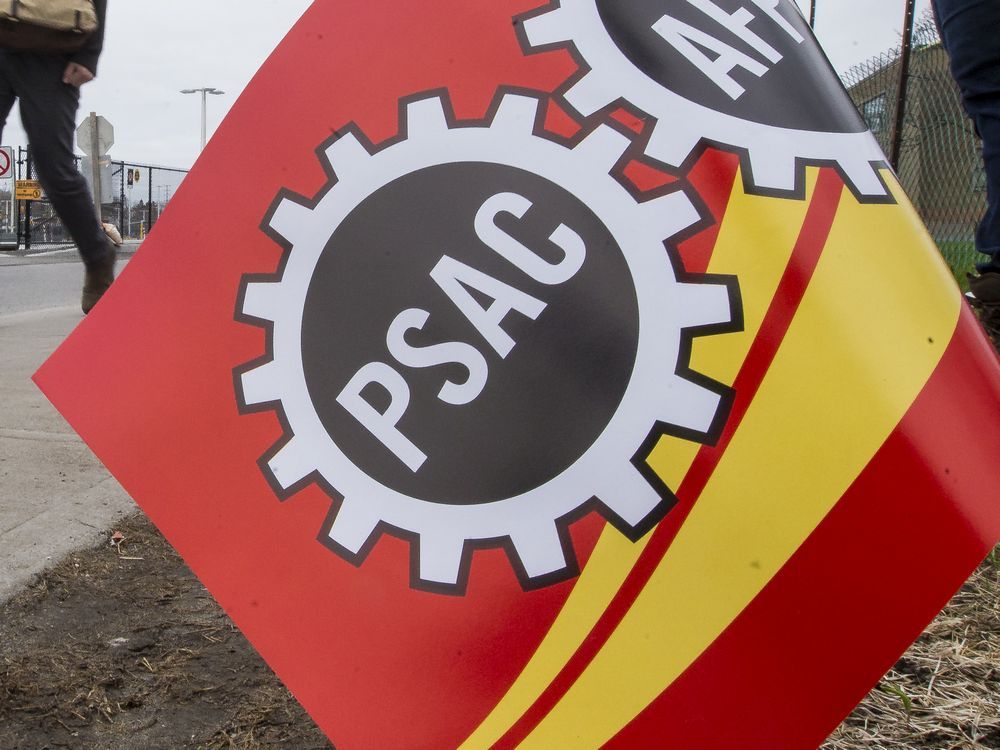 The Public Service Alliance of Canada says it has won “a major victory” for federal public servants who have had to use sick leave, family leave or vacation credits to manage life during the pandemic.

Government figures show About 135,000 federal workers got paid leave in the first year and a half of the pandemic as they dealt with closed workplaces, COVID-19 quarantines and children displaced from schools and daycares.

Under Treasury Board direction, some workers have been forced to use up accumulated leave credits before they can apply for discretionary paid leave, known as “699 leave.”

Federal contracts provide for a 699 leave, which was designed to be used when employees cannot come to work through no fault of their own.

Lawyers for the federal government argued that the 699 leave was intended for short-term situations, such as snowstorms, and that eligibility should be decided on a case-by-case basis. As a “residual” leave provision, they said, it should only be used once other applicable leaves have been exhausted.

In a recent ruling, the Federal Public Sector Labor Relations and Employment Board ruled that the government cannot force public servants to use other forms of leave before applying for 699 leave.

Board arbitrator Marie-Claire Perrault said family leave, sick leave and annual leave all have specific definitions in collective agreements and are not intended to be used as a bucket of time off. to draw on when employees are willing but unable to go to work.

Perrault said officials shouldn’t have to use family leave, for example, to cover issues created by school or daycare closures due to COVID-19.

“It is unreasonable to use a leave intended for another purpose – short-term events – for a reality that may be in progress,” Perrault said.

In a news release, the PSAC hailed the decision as “a major victory for federal public service workers hardest hit by the pandemic.”

He said the decision means government employees who were forced to use sick leave, family leave or vacation credits before taking 699 leave during the pandemic will be able to get those credits back.

The restrictions the government has placed on the use of 699 leave have disproportionately impacted marginalized groups in the pandemic, PSAC said, including women, black, Indigenous, racialized and disabled employees.

Perrault said the government’s policy on paid leave was not discriminatory and that he was entitled to deny paid leave to parents who decided not to send their children to schools or child care centers that remained open during the pandemic.

The arbitrator also declined to issue an order granting 699 leave to any officials who request it.

“The employer has the right to explore and determine if remote and flexible arrangements are possible and to what extent an employee cannot come to work for medical reasons…” Perrault said.

Perrault said the federal government “acted as best it could” during the unprecedented pandemic. Federal employees were not fired or deprived of their income, she noted.

“Overnight, in March 2020, she said, it (the Treasury Board) had to rethink how its employees would continue to perform their duties outside of their workplaces. The transition was not easy, but it was largely successful.

According to government figures, about 41% of civil servants received paid leave in the first year and a half of the pandemic. These 135,000 employees received an average of 166 hours of paid leave, or about a month each.

Leave duration peaked in April 2020 and has been steadily decreasing since.

The Parliamentary Budget Officer (PBO) has estimated the cost of the government’s paid leave policy at $1.27 billion between March 2020 and July 2021.

the The PBO reported organizations that used paid leave the most included the Office of the Secretary to the Governor General (an average of 1,016 hours per employee), Statistical Survey Operations (261 hours), the Parole Board of Canada (249 hours) , Immigration and Refugee Board of Canada (228 hours) and National Defense (224 hours).

‘People with disabilities can no longer be forgotten’: Canadians disappointed with stimulus package’s lack of inclusion