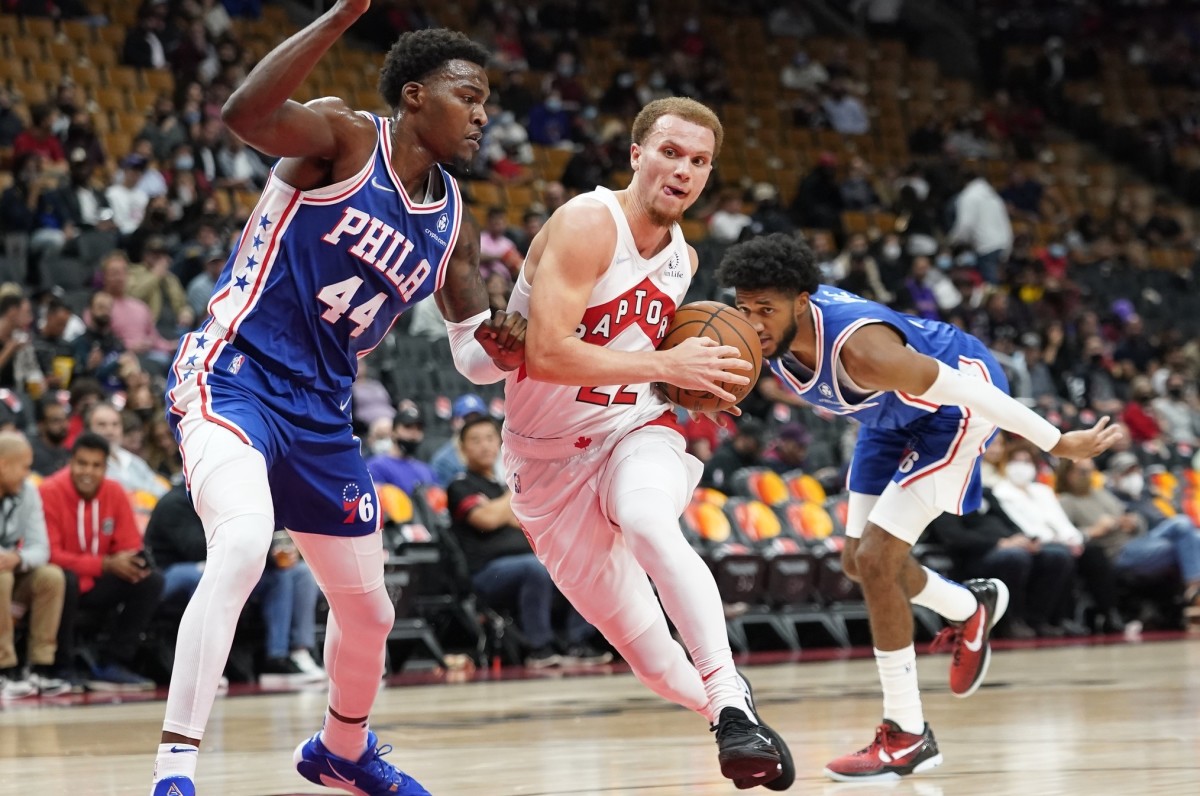 The Toronto Raptors hit the road tonight for their first away preseason game against the Philadelphia 76ers at 7 p.m. ET.

TSN2 will broadcast the game.

The Raptors will be without Pascal Siakam, Khem Birch, Chris Boucher and now Yuta Watanabe who suffers from left calf strain. Gary Trent Jr., however, will be back in training.

For the 76ers, Matisse Thybulle and Grant Riller will both miss the game. Tobias Harris and Embiid are expected to be back. Ben Simmons will of course stay on the sidelines pending a trade.

Lots of positives to take away from the Raptors’ preseason opener