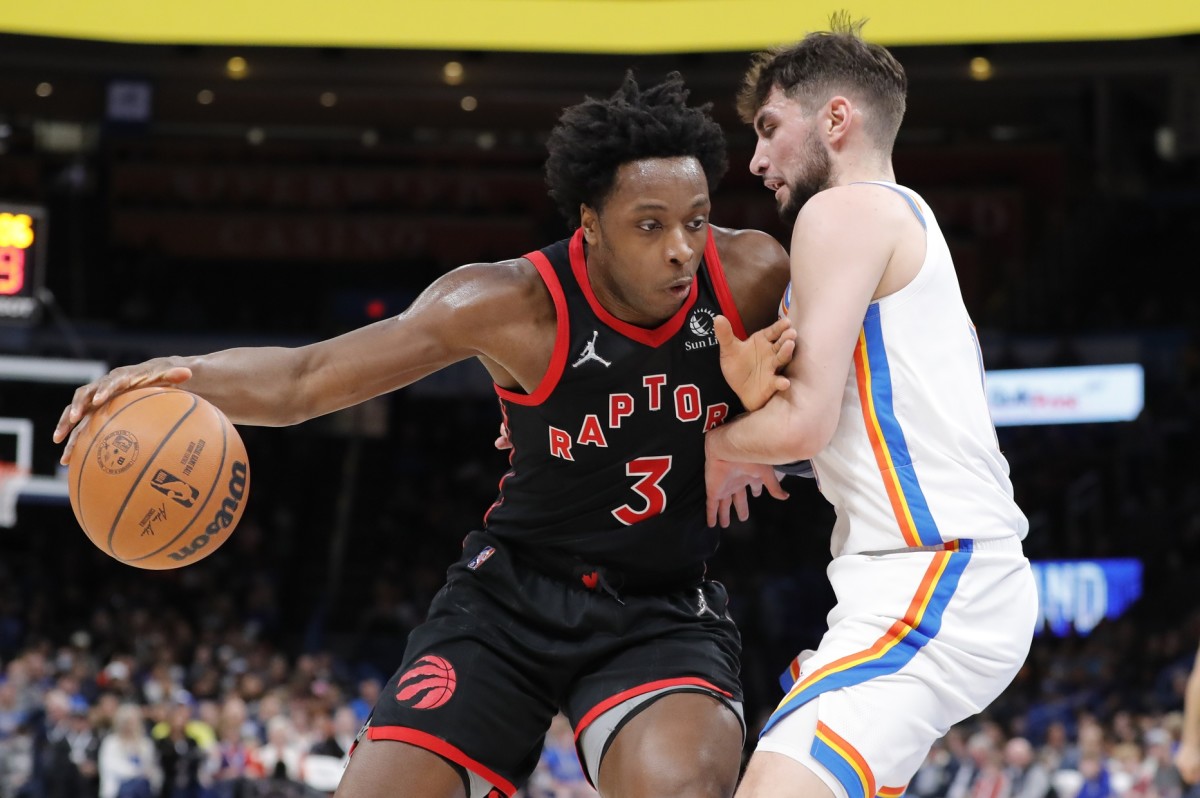 Almost two weeks into OG Anunoby’s two-week injury schedule and not much has changed.

The Toronto Raptors had Anunoby’s fractured right ring finger checked Monday in Los Angeles and the prognosis remains the same, Raptors coach Nick Nurse said. The finger remains fractured and the team will once again have to decide whether or not it’s worth Anunoby struggling with the pain and playing with the fracture.

“It’s not completely healed. He has a decision to make about what it does,” Nurse said. “He’s over there training or he will be tonight. He’s going to train tomorrow, I believe.”

“It’s no different than it was,” Nurse said. “But that’s kind of where we have to decide whether we’re going to go ahead or just keep waiting.”

It is not known how long ago the finger was fractured. Anunoby’s shot certainly dropped just before the all-star break, although Nurse said there was a chance the finger had been broken for three or four months now.

The Raptors had decided to take a more cautious approach, hoping some rest would allow the finger to heal, but it doesn’t appear to be healing as quickly as the doctors had hoped. Now, with 20 games left in the season, the Raptors will have to decide if it’s time to bring Anunoby back before he’s 100% or wait a little longer and see if they can chase down sixth. top seed in the Eastern Conference.

Suns players share side of story after physical battle with Raptors