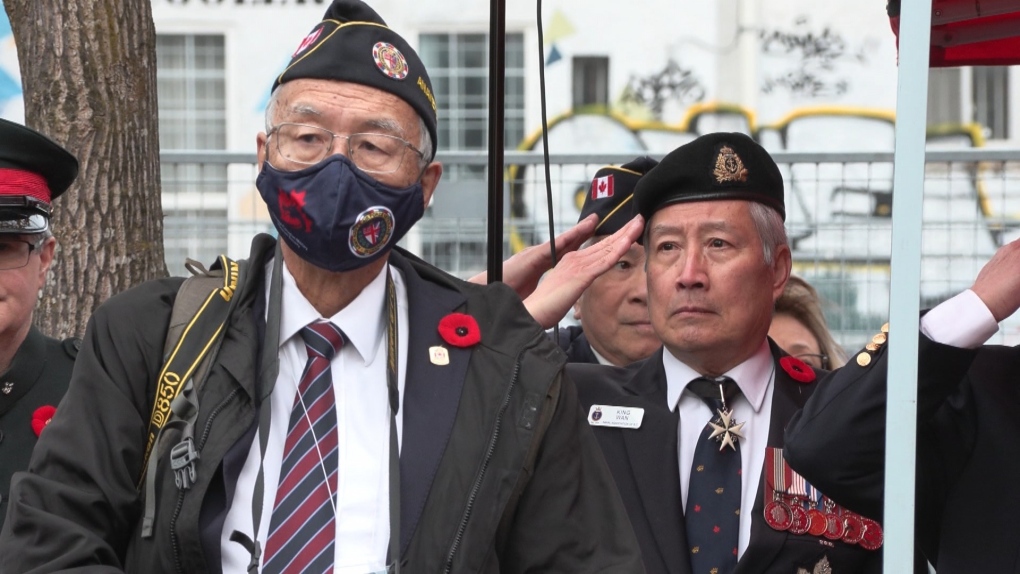 It’s a chapter in Canada’s history often overlooked, but on Friday it was a priority as dozens of people gathered in Chinatown’s Memorial Square.

When the Second World War broke out in 1939, Chinese Canadians weren’t even allowed to vote, but hundreds still went to fight for this country.

“They wanted to show they really wanted to be part of the fabric of Canada,” said retired Royal Canadian Navy Commander King Wan.

In addition to being denied citizenship, Chinese immigrants also had to pay a head tax to enter the country.

“When they got home they said, ‘We can fight and die for Canada, why don’t we have the right to be full citizens? “Wan said.

The soldiers then began their fight to be treated as equals in Canada, primarily by seeking the repeal of the Immigration Act of 1923 – also known as the Chinese Exclusion Act, which more or less Chinese to enter Canada.

“Despite the fact that the nation did not like them, they decided to jump planes in Southeast Asia to fight for our country, then after the war they continued to fight for our right to vote,” said Vancouver Mayor Ken Sim.

In 1947, the Exclusion Act was lifted, allowing Chinese immigrants to become citizens of Canada and vote.

For Sim, who is the first Chinese-Canadian to serve as mayor of Vancouver, their actions will never be forgotten.

“Without these sacrifices, individuals like Lenny Zhou and myself would not be able to perform our duties today,” he said. “Future prime ministers and prime ministers of this country will have the opportunity to take on these roles.”

“It is particularly important for us to be representative of Canada,” said Vice-Admiral Angus Topshee of the Royal Canadian Navy.

“We want to make sure we have people from all parts of Canada and from all walks of life… This diversity is not just because we want to represent Canada, but because it gives us an operational advantage.