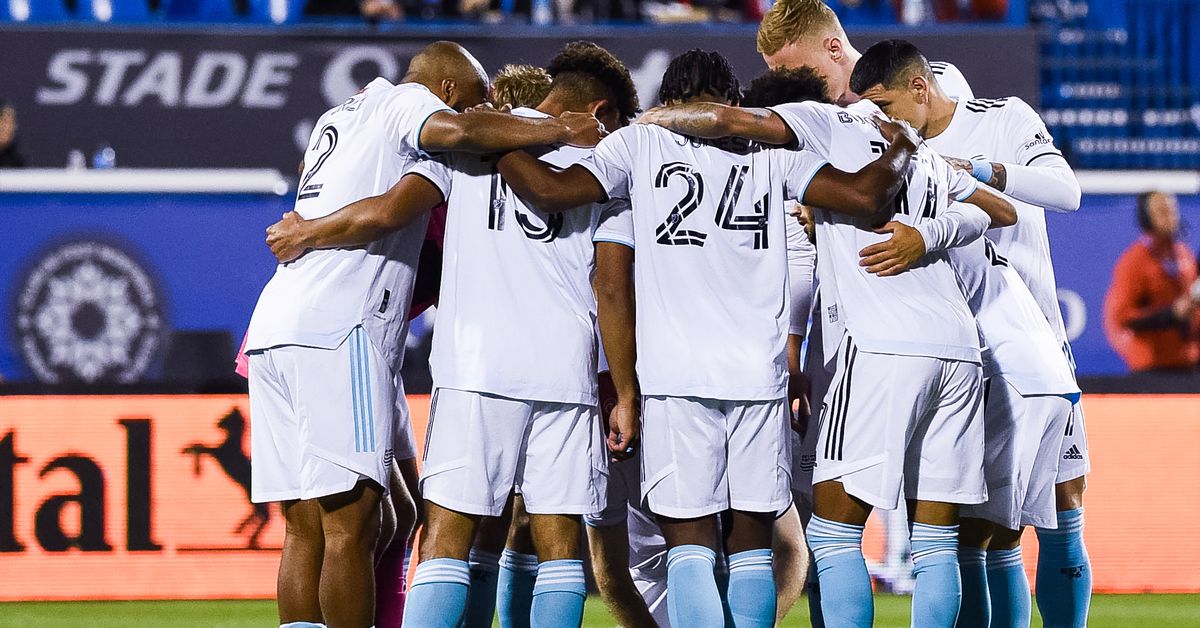 The New England Revolution managed to come away with three more points in Montreal.

While the Revs were setting up a goal clinic, Yours truly regretted his decision not to bring a better jacket as I covered girls’ football of the night at a North Shore high school (Again, thanks to Seth Macomber for once again providing excellent coverage of the match and the post-match press conference).

But with that comes a rare opportunity to look back and find out what the score looks like, to take a deeper look at the game.

So let’s move on to our three takeaways.

1 – Gustavo Bou needs to work on his body language

While forwards are still keen to score goals, the body language Gustavo Bou showed that night is concerning.

Particularly early in the game on DeJuan Jones’ goal, Bou basically gave up the game after the cross into the box didn’t get in his way. He raised his hand and checked completely. Even after Jones scored, Bou didn’t run to celebrate with his teammates, he just came back to midfield.

After Montreal could find the back of the net, Charlie Davies noted that too many players were walking around the field. Even if it wasn’t just Bou, the attacker had certainly been guilty on several occasions. He also noted Bou’s bad body language.

Eventually, the striker’s mood would improve as he scored a late goal that puts him tied with Adam Buksa in the golden shoe race, but even when Bou isn’t scoring he has to look exactly like the same player and not leave the game. .

It was an incredible night for DeJuan Jones. In addition to scoring a goal in the 10th minute, the left-back put in a full 90-minute effort against Montreal.

Jones has shown his growth as a player since he is no longer a handicap when he uses his left foot. He made incredible passes and crosses and just didn’t look scared on the left flank.

The left-back has been able to blow away defenders with ease and has done so well that he even receives stares from European clubs.

Jones will be a key player as the playoffs draw closer. His serve in the box could be crucial if New England is to advance to the MLS Cup final.

3 – Can Kap catch fire at the right time?

I’m not going to stress the fans reminding them that Wilfrid Kaptoum was a product of La Masia and also played for Real Betis, but against Montreal the midfielder was able to make an impact.

The Cameroonian didn’t have much time when he entered the game in the 80th minute as a replacement for Tommy McNamara, but Kaptoum was able to secure the first MLS assist of his career six minutes later.

To Kaptoum’s credit, his pass to Bou was pretty cool but he still has work to do. Its acquisition still looks like a significant overpayment.

But that could change if Kaptoum is able to build momentum ahead of the playoffs. Instead of just existing on the pitch, the midfielder needs to make an impact, whether that’s with clean passing to get players to goal or just making smart decisions.

If Kaptoum manages to warm up at the end of the regular season, it is difficult to see a team capable of stopping the Revolution.