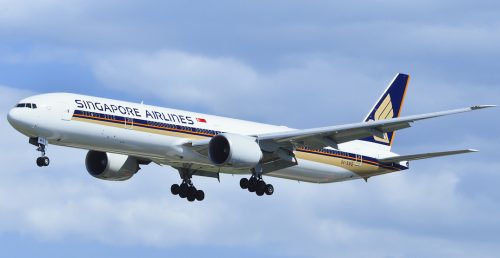 The coveted non-stop trans-Pacific route between the Southeast Asian city-state of Singapore and Vancouver by Singapore Airlines has been extended until mid-autumn 2022.

A Singapore Airlines spokesperson told Daily Hive that service between Singapore Changi Airport (SIN) and Vancouver International Airport (YVR) will be extended until at least October 29, 2022.

And later this spring, there will also be major changes to the course.

When the service first launched in early December 2021, Singapore Airlines originally planned to operate the route on a seasonal basis only, until February 15, 2022.

This is actually a fifth freedom route, as YVR serves as a mid-route stopover between SIN and Seattle-Tacoma International Airport (SEA).

But from early June, the last existing leg between Vancouver and Seattle for this Singapore Airlines service will end.

Instead, the airline will resume its non-stop pre-pandemic route between SIN and SEA from June 2, 2022. Singapore Airlines will operate three weekly non-stop flights between SEA and SIN on Tuesdays, Thursdays and Saturdays.

Also starting June 2, 2022, the airline will operate nonstop flights three times a week between SIN and YVR on the same days – Tuesdays, Thursdays and Saturdays.

Singapore Airlines routes serving Vancouver and Seattle use an Airbus A350 aircraft.

The flight from Vancouver to Singapore takes approximately 16 hours, while the return is 15 hours.

Changi Airport is one of the largest airport hubs in the world, offering connections to destinations across Southeast Asia. It is also consistently ranked as the best airport in the world and before the pandemic it opened its Jewel terminal extension, which is a shopping mall, has an indoor garden and a waterfall, along with other attractions entertainment and leisure.

The United States, Canada and Australia advised to reflect on wrongdoings and violations of rights of indigenous peoples during a side event at the United Nations Human Rights Council