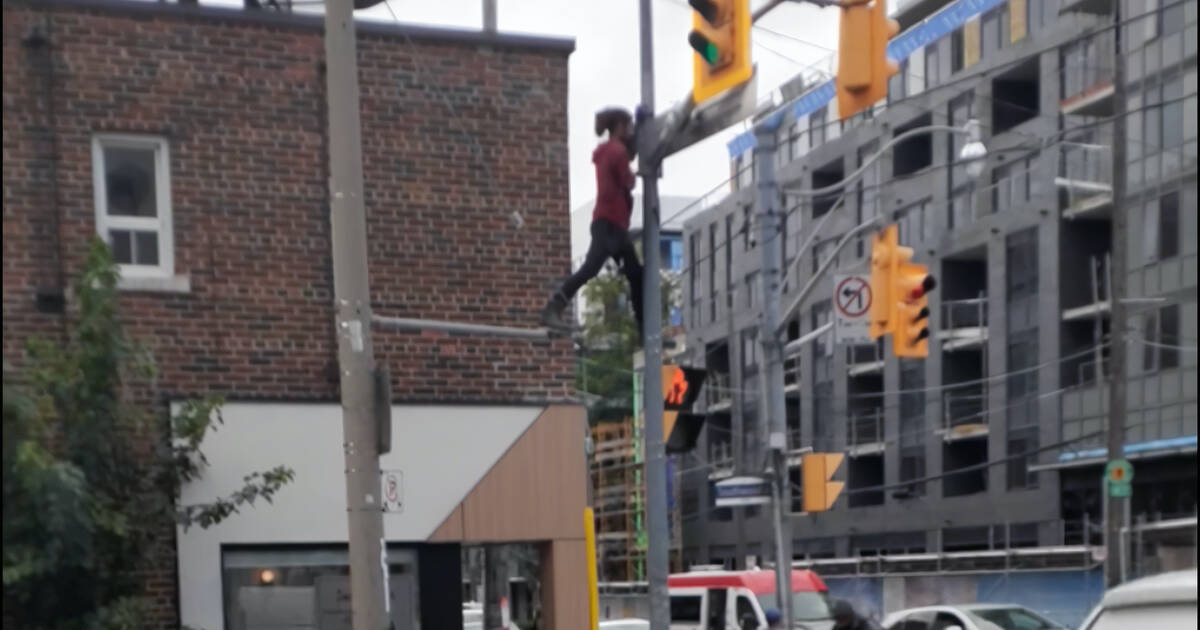 Someone took the time to stop and hang a fancy chandelier above an intersection in Toronto.

Noel Baszak was walking the Upper Beaches this week when he noticed something strange at the intersection he was approaching.

At the corner of Main Street and Kingston Road, Baszak saw a man climbing up a street post right next to the Tim Hortons.

Someone spotted hanging a chandelier at an intersection of the upper beaches – Noel Baszak #Toronto pic.twitter.com/e0Wxv66hpd

In a video captured by Baszak, the man is barely balanced on a beam connected to the lamppost, as he begins to hang a chandelier, tying it with a rope to a post above the intersection.

Baszak reported the incident to the city, claiming the man got off and then took a northbound bus.

The City of Toronto told blogTO it was aware of the situation and was further investigating how and why it happened.

“Members of the public should never tamper with any type of traffic management equipment because it is dangerous and may be illegal,” a city spokesperson said.

The chandelier has since been removed from the street light pole.

It appears that this incident “shed some light” on the dangers of hanging foreign objects over people and cars.

Concordia 1, Montreal 0: the Stingers stun the best team in the country