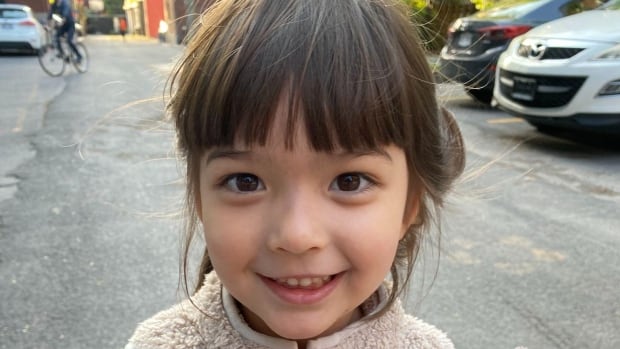 For the past seven weeks, four-year-old Minh Nguyen has spent most of her time in hospital receiving regular blood transfusions as her doctors have been unable to find a compatible stem cell donor.

Minh was diagnosed with bone marrow aplasia, a rare blood condition that affects his bone marrow’s ability to generate white blood cells. She has spent the past three weeks in the hospital full time.

“It was difficult for her because she no longer has the life of a four-year-old child,” said Minh’s mother, Diem Nguyen.

Nguyen was speaking at an event for Minh at a Montreal restaurant on Saturday, where dozens of people with similar genetic makeups to Minh showed up to volunteer as potential stem cell donors.

There is an international registry of 25 million people who have provided consent and genetic information to donate stem cells, which come from the bone marrow of a healthy adult.

But about 70% of those on the registry are white, putting donor recipients of other ethnic backgrounds at a significant disadvantage.

Ahead of Saturday’s event, Minh’s mother described her daughter’s chances as one in a million.

“Finding Purpose” when trying to help

Marie-Cindel Surprenant says she felt a personal connection to Minh Nguyen’s story when she learned about it from a colleague.

“I think if I can help him somehow I will, so I think that’s a good goal in my life,” she said.

The toddler’s condition can be treated with stem cells from a matched donor, but due to the lack of diversity in the global donor registry, it has been incredibly difficult to find a match.

Nguyen said she was moved by the number of people who came out to get dabbed and show their support on Saturday.

Nguyen said her daughter had shown incredible resilience throughout her hospital stay.

I said, ‘I just want to stay with you as long as possible.’ And she said, ‘I’m here for you mom, I’m not leaving you.’– Diem Nguyen, Minh’s mother

“She laughs, she reads, she plays as much as she can,” the mother said.

On Friday night, Nguyen said she started crying at the thought “that she might not outlive me, in terms of lifespan” and Minh asked her why she was sad.

Samuel Sassine, a medical student at the University of Montreal who attended Saturday’s event, works for a foundation called Swab the World, which was founded by Mai Duong, a Vietnamese-born woman who also struggled to find a stem cell donor, to encourage people of diverse ethnic backgrounds to become donors.

Sassine said there is currently no one in the world registered with the same DNA background as Minh.

“White people are more likely to experience this disease than other people of other ethnic backgrounds and that is unacceptable,” he said.

Alex Fong, who like Surprenant came to get dabbed on Saturday to see if he could be a potential donor, said Minh’s story moved him.

“When I found out that not many Asian donors are doing stem cells, I thought it would be a good idea to come and just participate,” Fong said.

Sassine says he hopes to see greater awareness in schools about the lack of diversity in stem cell donor registries.

He encourages anyone who is eligible, regardless of ethnicity, to register as a stem cell donor.

In Quebec, stem cell donor registration is done by Hema-Quebec. It involves completing an online questionnaire and then collecting cells from your mouth with a kit sent by post. Once you send it back, you can become part of the donating bank, Sassine explained.

Toronto’s Union Station locked down after nearby shooting