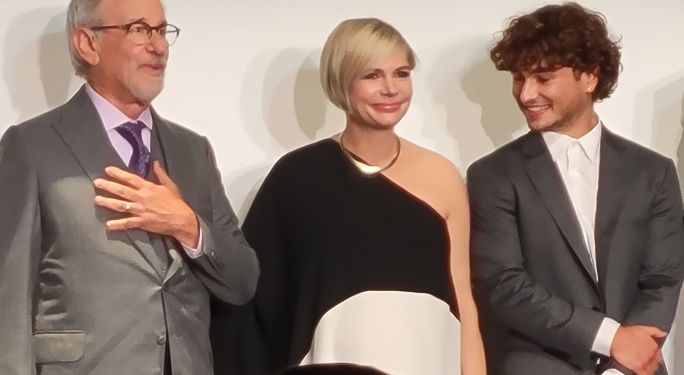 I’m nervous to say that a movie has received a long standing ovation or is heading to the Oscars after so much bloviation over the past two weeks.

But Steven Spielberg presented a film at a festival for the first time and stunned everyone.
“The Fabelmans” performed in Toronto tonight to enthusiastic audiences. The film not only received a long standing ovation, but actor Judd Hirsch actually received huge applause during the screening when his character appeared in a sustained cameo.

‘The Fabelmans’ is Spielberg’s most personal work, yet he assured the sold-out audience at the Princess of Wales Theater that he would not retire. He just felt it was time to address some autobiographical facts because of the pandemic. He wanted to talk about his parents, all of whom had died in recent years at a very advanced age.

The film spans the director’s childhood in the late 1950s and early 1960s until he entered college in 1964. Tony Kushner has – unsurprisingly – penned a gorgeous, richly directed screenplay that will reap its own awards later this year. But it wouldn’t work so well without this terrific cast. Michelle Williams is the mother, Paul Dano is the father, Seth Rogen is the couple’s best friend, and there’s some terrific work from Jeannie Berlin and Robin Bartlett. Newcomer Gabrielle LaBelle plays Sammy Fabelman, young Steven’s replacement.

I was lucky enough to have lunch with Spielberg’s mother maybe ten years ago at a kosher restaurant in Los Angeles. She was 95 years old and a spitter. Spielberg’s choice of Michelle Williams to play her is brilliant. This is perhaps Williams’ finest work and it says something after movies like “My Week With Marilyn” and “Blue Valentine.” Spielberg said during the Q&A that after seeing “Blue Valentine,” he asked to meet Williams and kept her in mind for a future role. Thank God he did.

What a joy “The Fabelmans” is. The public will love it. It’s a truly beautifully constructed family saga with plenty of humor and pathos. It’s the kind of film you go to the cinema to have the common feeling of the shared human experience.